PROVIDENCE, R.I. [Brown University] — A team of scientists based at Brown University has found that reducing expression of a fundamentally important gene called Myc significantly increased the healthy lifespan of laboratory mice, the first such finding regarding this gene in a mammalian species.

Myc is found in the genomes of all animals, ranging from ancestral single-celled organisms to humans. It is a major topic of biomedical research and has been shown to be a central regulator of cell proliferation, growth, and death. It is of such widespread and fundamental importance that animals cannot live without it. But in humans and mice, too much expression of the protein that Myc encodes has been closely linked to cancer, making it a well-known but elusive target of drug developers.

In a new study in the journal Cell, the scientists report that when they bred laboratory mice to have only one copy of the gene, instead of the normal two, thus reducing the expression of the encoded protein, those mice lived 15 percent longer on average — 20 percent longer for females and 10 percent longer among males — than normal mice. Moreover, the experimental mice showed many signs of better health into old age.

The experimental — “heterozygous” — mice grew to be about 15 percent smaller than the normal mice (a probable disadvantage in the wild) but that was the only discernable downside found to date for lacking a second copy of the gene, said senior author John Sedivy, the Hermon C. Bumpus Professor of Biology and professor of medical science at Brown.

“The animals are definitely aging slower,” he said. “They are maintaining the function of their organs and tissues for longer periods of time.”

That assessment is based on detailed studies of the physiology — down to the molecular level — of the heterozygous and normal mice. The researchers conducted these experiments to try to understand the longevity difference between the two groups. 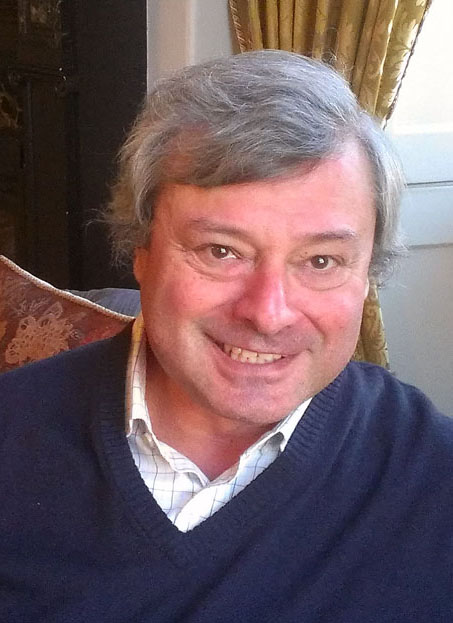 John Sedivy
“The animals are definitely aging slower [and[ they are maintaining the function of their organs and tissues for longer periods of time.”

Co-lead author Jeffrey Hoffman, a medical and doctoral student, led the studies of the health of the mice, including various bodily systems. In many cases they were just like their normal counterparts. They reproduced just as well, for example.

“These mice are incredibly normal, yet they are really long-lived,” Sedivy said. “The reason why we were struck by that is because in many other longevity models like caloric restriction or treatment with rapamycin, the animals live longer but they also have some health issues.”

Graduate student and co-lead author Xiaoai Zhao, meanwhile, led the molecular analysis of several pathways known to be involved in regulating longevity to find out how they might be different. Sure enough, heterozygous mice exhibited changes in IGF-1 signaling and nutrient and energy-sensing pathways, but how Myc engages those mechanisms is still not clear. Of particular interest, heterozygous mice showed less protein synthesis in several tissues. Regulation of this process is known to be under direct Myc control, and its reduction by a variety of means is known to extend lifespan in diverse species from yeast to mammals.

Genome-wide patterns of gene expression showed that Myc heterozygotes had significant differences in pathways related to metabolism and the immune system. Those patterns, however, only overlapped somewhat with patterns seen in other lifespan extending interventions.

Zhao and Hoffman’s studies also argue against a role for Myc in an oft-cited paradigm of greater longevity: upregulation of a variety of stress defense mechanisms. Their experimental mice seemed to suffer from as much stress and consequences of stress as normal mice.

The different benefits of Myc reduction compared to other laboratory longevity extenders shows that just as there are many ways the body can break down with aging, Sedivy said, there may be many ways to forestall that.

“There is more than one way to become long-lived,” Sedivy said.

In the long term, Sedivy said he is optimistic that the findings about Myc could prove to matter to human health.

Finding the right target for a drug in one of Myc’s key metabolic or immune system pathways may or may not extend human lifespan, he said, but it might help people stay healthier as they age — for example, if it can reduce osteoporosis in people the way it does in mice. In particular, Sedivy said, it emphasizes the importance of the process of protein synthesis as a target of interventions that are likely to have widespread benefits on many organ systems.

And the study also offers encouragement to companies seeking to develop cancer drugs that block Myc overexpression. As important as normal Myc expression is to physiology, it appears that at least in mice there were many substantial benefits in reducing it by, say, half. Thus, Sedivy said, any drug that can target Myc directly is likely to find many applications beyond cancer.

The National Institutes of Health (grants R37AG016694, F30AG035592), the Ellison Medical Foundation, and the Glenn Award for Research on the Biological Mechanism of Aging supported the research. Some experiments were conducted in the Brown University molecular pathology and genomics cores. 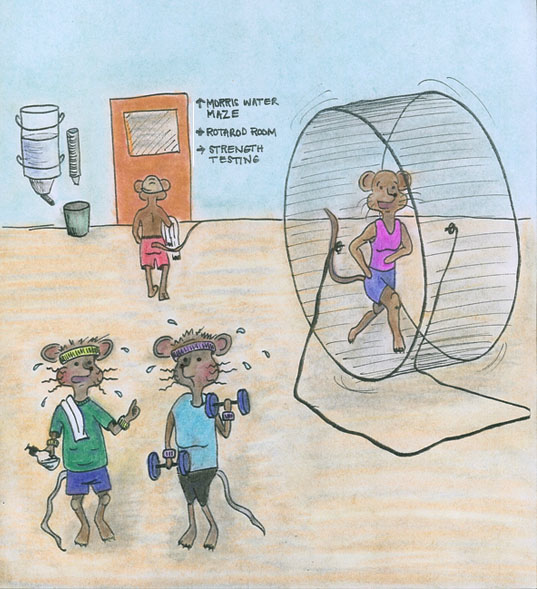 Not just a longer life, but a healthier, stronger body
“Do you think she might be a Myc hypomorph?”
Drawing: Emma Sedivy
Contact: David Orenstein   401-863-1862