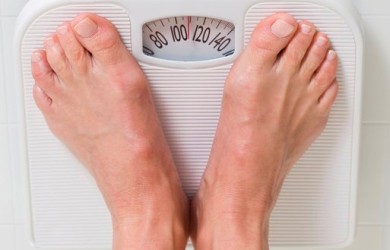 Carbs at night: a possible alternative for people who have difficulty persisting in diets

The diet influences secretion patters of hormones responsible for hunger and satiety, as well as hormones associated with metabolic syndrome. In this way the diet can help dieters persist over the long run, and reduce risk factors for diabetes and cardiovascular disease.

The research was carried out by research student Sigal Sofer under the auspices of Prof. (Emeritus) Zecharia Madar, at the Institute of Biochemistry, Food Science and Nutrition at the Hebrew University’s Robert H. Smith Faculty of Agriculture, Food and Environment. (Prof. Madar is now Chief Scientist at Israel’s Ministry of Education.)

”The idea came about from studies on Muslims during Ramadan, when they fast during the day and eat high-carbohydrate meals in the evening, that showed the secretion curve of leptin was changed,” explained Prof. Madar.

The researchers found that the innovative dietary manipulation led to changes in daylight hormonal profiles in favor of the dieters: the satiety hormone leptin’s secretion curve became convex during daylight hours with a nadir in the late day; the hunger hormone ghrelin’s secretion curve became concave, peaking only in the evening hours; and the curve of adiponectin, considered the link between obesity, insulin resistance and the metabolic syndrome, was elevated. At the same time this dietary pattern led to lower hunger scores, and better anthropometric (weight, abdominal circumference and body fat), biochemical (blood sugar, blood lipids) and inflammatory outcomes compared to the control group.

The findings suggest there is an advantage in concentrating carbohydrate intake in the evening, especially for people at risk of developing diabetes or cardiovascular disease due to obesity. ”The findings lay the basis for a more appropriate dietary alternative for those people who have difficulty persisting in diets over time,” said Prof. Madar. ”The next step is to understand the mechanisms that led to the results obtained.”

Sources of support for the study include Meuhedet Medical Services, Israel; the Israeli Police Force; the Kaplan Medical Center in Rehovot, Israel (for Dr. Fink); the Israel Diabetes Association; and the Israel Lung and Tuberculosis Association (for Prof. Eliraz).