ANN ARBOR, Mich. — The costs of caring for people with dementia in the U.S. are comparable to – if not greater than – those for heart disease and cancer, according to new estimates by researchers at the University of Michigan Health System and nonprofit RAND Corporation. 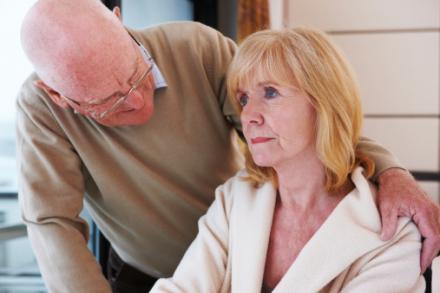 Annual healthcare costs tied to dementia, including both formal and unpaid care, reach $159-$215 billion – rivaling the most costly major diseases – according to the findings that appear in The New England Journal of Medicine.

“Our findings show why dementia is sometimes described as a ‘slow-motion disaster’ for patients and families,” says co-author Kenneth Langa, M.D., Ph.D., professor of internal medicine at U-M Medical School, research investigator at the Center for Clinical Management Research (CCMR), VA Ann Arbor Healthcare System; and member of the U-M Institute for Social Research, Institute of Gerontology and Institute for Healthcare Policy and Innovation.

“The majority of the costs associated with dementia — about 80 percent in our study—are due to the long-term daily care and supervision provided by families and nursing homes, often for many years.  Ignoring these long-term care costs that build up steadily day-after-day leads to a huge under-counting of the true burden that dementia imposes on our society.”

Dementia is a loss of brain function that affects memory, thinking, language, judgment, and behavior – the most common form is Alzheimer’s disease.

Researchers found that the direct costs of dementia care, which includes formal costs for nursing homes, Medicare, and out-of-pocket expenses, were estimated at $109 billion in 2010. That compares to direct health expenses of $102 billion for heart disease and $77 billion for cancer in the same year.

Adding informal, unpaid care to the equation as much as doubled the estimated total national costs for dementia care up to nearly $215 billion. Full costs per case of dementia in 2010 were $41,000 to $56,000.

Rates of dementia increase sharply with age and national health expenditures for dementia are likely to double by 2040 as the number of older adults swells in the coming decades due to the aging of the baby-boom generation, authors say.

“We have measured the financial costs of dementia, and found them to be comparable to or larger than other costly diseases,” says Michael Hurd, Ph.D., lead author of the study and director of the RAND Center for the Study of Aging.

“However, we have not measured the emotional costs of dementia, which are bound to be enormous.  We need to step up efforts to identify ways to effectively treat and prevent this devastating disease.  It inflicts a large and growing cost to patients, families, and public programs, so it requires research and public policy investments that are in-line with those currently being made for other major diseases.”

The study is one of the most comprehensive to date to analyze health care costs for dementia. It is based on a nationally representative sample from the Health and Retirement Study (HRS), a survey of people age 51-plus that is funded by the National Institute on Aging with contributions from the Social Security Administration. The HRS is performed at the Institute for Social Research at the University of Michigan.

Interest in national health expenditures for Alzheimer’s disease and related dementias has intensified with the January 2011 signing of the National Alzheimer’s Project Act, which calls for stepped up efforts to find new treatments and to provide improved care and services. The National Plan to Address Alzheimer’s Disease, developed under the new law, requires that the financial costs of dementia be tracked.