Many women get too little sleep, despite considerable evidence showing the importance of sleep to overall health. Now a new UC San Francisco study has discovered another reason why inadequate sleep may be harmful, especially to women and their hearts.

The study found that poor sleep – particularly waking too early – appears to play a significant role in raising unhealthy levels of inflammation among women with coronary heart disease. The elevated inflammation affected only women, not men, even when adjusted for medical, lifestyle and socio-demographic differences, the authors said.

The findings highlight potentially important gender differences and provide evidence that inflammation may serve as a key biological pathway through which poor sleep contributes to the progression of heart disease in women, the researchers reported.

The study will be published online on June 5 in the Journal of Psychiatric Research.

“Inflammation is a well-known predictor of cardiovascular health,” said lead author Aric Prather, PhD, a clinical health psychologist and assistant professor of psychiatry at UCSF. “Now we have evidence that poor sleep appears to play a bigger role than we had previously thought in driving long-term increases in inflammation levels and may contribute to the negative consequences often associated with poor sleep.”

Scientists have documented that poor sleep – generally defined as fewer than six hours a night – is a risk factor in a number of chronic health conditions, including coronary heart disease, and is associated with elevations in markers of inflammation.

The goal of the UCSF study, which began in 2000 and involved nearly 700 people, was to examine the association between self-reported sleep quality and changes in inflammation levels over five years in older people with stable coronary heart disease. 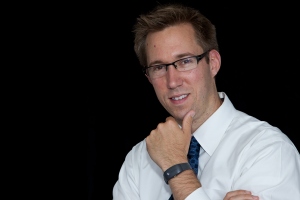 The average age of the men was 66 compared to age 64 among women.

On average, the women had higher systolic blood pressure, were more likely to be taking antidepressants, and less likely than men to have a history of taking beta-blockers, statins or other medications that treat blood pressure and other coronary-related ailments.

All participants had coronary heart disease, a condition marked by inflammatory activity.

Participants were asked when they first enrolled and five years later: “During the past month, how would you rate your overall sleep quality?” Their choices were “very good,” “fairly good,” “good,” “fairly bad,” or “very bad.”

Biomarkers assessed in the study were Interleukin-6, C-reactive protein, and Fibrinogen.

The researchers found that poor sleep quality was significantly associated with five-year increases in the biomarkers in women but not men: Women who reported very poor or fairly poor sleep quality showed a percent increase in markers 2.5 times that of men who said they slept poorly.

The association remained statistically significant after adjustment for characteristics such as lifestyle, medication use and cardiac function.

Estrogen Levels May Be a Factor

The women in the study were largely post-menopausal, so the researchers hypothesized that lower levels of estrogen could help explain the inflammatory activity associated with poor sleep.

“It is possible that testosterone, which is at higher levels in men, served to buffer the effects of poor subjective sleep quality,” the authors wrote.

The study also measured other self-reported aspects such as difficulty falling asleep or staying asleep, waking frequently and waking too early. Among the findings:

The results could add to established evidence of the importance of assessing and treating sleep disturbances in high-risk populations, including those with heart disease, the authors said.