ANN ARBOR, Mich. — Each of your kidneys wears a little yellow cap that helps keep your blood pressure in check, and much more. But in some people, it starts running amok, pumping out a hormone that sends blood pressure sky-high. 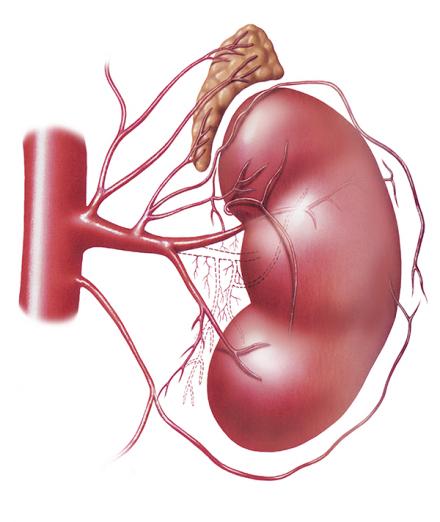 Atop each kidney, the adrenal gland plays a key role in regulating blood pressure.

Why this happens is still a mystery. But new findings could help figure out what’s going on – causing one in 10 cases of high blood pressure, and affecting one in every 50 adults. And further research could improve diagnosis and treatment.

Left unchecked, the high pressures caused by the extra amounts of the hormone called aldosterone can harm the heart, kidneys and much more. In fact, this form of hypertension can inflict even more damage than other forms of high blood pressure.

The new University of Michigan research could aid the search for tools to precisely target the condition, called primary aldosteronism or PA. Right now, many people with PA never get an accurate diagnosis or proper treatment. The findings are published in the Proceedings of the National Academy of Sciences.

The new findings actually suggest that many of us have small clusters of cells in our adrenal glands that have mutations that could lead to PA, even though we don’t have the condition. As many as one in five of us could have elevated aldosterone as a result.

By studying the adrenal glands of healthy kidney donors, the team from the U-M Medical School found mutations that allow clusters of cells to make aldosterone — outside of the normal process that tightly controls its production to regulate blood pressure. This will help them zero in on the origins of PA, and figure out what factors allow it to arise out of clusters of cells called APCCs.

This slice of a human adrenal gland has been stained with special dyes that highlight genetically abnormal clusters of cells producing extra amounts of the hormone aldosterone.

“Our findings suggest that most of us have these origins of PA in our adrenals already, in the form of cell-level mutations that cause dysregulation of hormone production but aren’t severe enough to lead to disease,” says William Rainey, Ph.D., senior author and professor of Molecular and Integrative Physiology and Internal Medicine. “We believe they are the first step toward full-blown disease, and are more common in women than in men.”

It’s fitting that a U-M team made this new contribution to understanding PA, since the condition was first diagnosed by a U-M physician, Jerome Conn, M.D., and is sometimes called Conn’s syndrome. That tradition of studying the adrenal gland continues at U-M today, says Rainey. 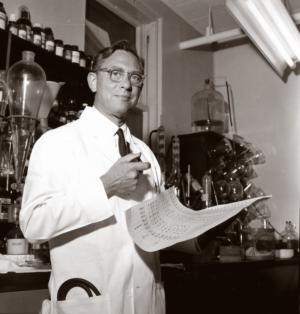 A broad-based team of scientists and physicians, one of the largest in the world, cooperates to study adrenal function and disease from many angles, from the most basic laboratory research to clinical trials. The new research relied on that expertise and on next-generation genetic sequencing, which allows researchers to rapidly pinpoint genetic differences in different tissues.

Next stop: biomarkers and precision medicine for PA

Rainey and his colleagues have already started additional research to look at genetic mutations and aldosterone production in more healthy adrenal glands, including ones obtained with permission from autopsy tissue and from people donating kidneys through the U-M Transplant Center.

They will also look at adrenal glands that have developed tumors called adenomas, which can arise in just one adrenal and cause a specific form of PA.

The team also hopes to launch a study to define the prevalence of subclinical aldosterone elevation in the general population and the potential effects of higher levels of the hormone.

At the same time, U-M scientists are looking for biomarkers for primary aldosteronism, and for adrenal cancer, a rare but deadly disease in which adrenal cells turn malignant. The team’s biomarker work will be funded by the National Institutes of Health and by donors to the UMHS Discovery Fund.

Even as PA research continues, there remains a clear need for better screening of people with hypertension to see if their condition is caused by a form of PA. 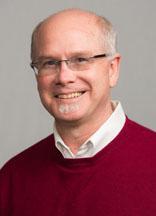 “Right now, less than 3 percent of people with PA in the United States are ever tested for it,” says Rainey. “It’s a complicated workup, requiring multiple visits, so many doctors don’t check for PA. New diagnostic methods such as biomarkers are needed, and with further research that we’ve just received funding for, we hope to find specific markers to be developed into diagnostic tools.”

He notes that patients who are currently taking four or more blood pressure drugs and still don’t have their pressure under control may want to ask their doctors about getting tested for PA, especially if they also have low potassium levels in their blood. People under the age of 40 with hypertension, and those who have a close relative with PA, should also consider getting tested.

“Fortunately, the mutations we’re seeing as common in many cases of PA appear related to the calcium channels on cell surfaces, and we do have good medications available to block those,” says Rainey. “Current drugs used to treat PA patients don’t address the overproduction of hormone.” Further research on PA could help determine which patients with any kind of high blood pressure would be most likely to benefit from calcium-channel blocker drugs.

The research was funded by the A. Alfred Taubman Medical Research Institute, by NIH grants CA46592, DK43140 and HL27255, and by the Federation of National Public Service Personnel Mutual Aid Associations and the Tachikawa Hospital, Japan, and the American Heart Association.