Patients whose blood pressure target was lowered to reach a systolic goal of less than 120 mmHg had their risk for heart attack, heart failure or stroke reduced by 24 percent, and their risk for death lowered by 27 percent. Compared to a systolic blood pressure goal of less than 140 mmHg, aggressive treatment appeared to be as effective for elderly participants as for adults age 50-74, according to results from the Systolic Blood Pressure Intervention Trial (SPRINT) presented at the American Heart Association meeting and published online in the New England Journal of Medicine (NEJM) on Nov. 9.

Intensive blood pressure management, however, was also associated with an increased risk for some serious adverse events, such as hypotension, fainting, and acute kidney abnormalities, although there was no evidence for permanent kidney damage so far. Future data analysis and studies will investigate effects of blood pressure treatment to this lower goal on kidney function in more detail. 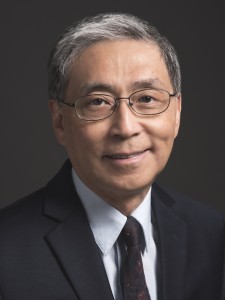 “The positive results of this trial have taken most investigators by surprise, and the strong benefits of treatment seem to outweigh the risks,” says Alfred Cheung, M.D., chief of nephrology & hypertension at University of Utah Health Care, and co-author on the study.

But, he adds, “Before deciding to treat blood pressure aggressively, it may be prudent to wait until additional questions are answered.”

Cheung, who led a network of 17 out of approximately 100 participating clinical sites in the U.S. and Puerto Rico, notes that results are still pending on how intensive treatment might impact dementia, cognition, and kidney disease. Additionally, nothing is known about long-term effects of sustained treatment, nor cost effectiveness. On average, SPRINT trial participants were followed for just over three years.

In Sept, 2015, the National Institutes of Health announced that the SPRINT trial was stopped one year early due to the marked cardiovascular and survival benefits of lowering systolic blood pressure to 120 mmHg, well below the current guidelines of 140, or 150 for those over age 60 years. Now, the details of the study are published in NEJM. The results may have implications for the 79 million Americans and 1 billion adults worldwide with hypertension, or high blood pressure, the leading cause of heart disease and stroke.

The elderly, age 75 years and over, could potentially benefit the most from interventions based on positive SPRINT results because this age group carries the greatest burden of hypertension: over 75 percent have the condition. At the same time, they would be predicted to be most at risk for any potential neurological side effects that are still under investigation, says Mark Supiano, M.D., chief of geriatrics at University of Utah Health Care and Director of the VA Salt Lake City Geriatric Research, Education, and Clinical Center.

“If there were a single drug with this kind of beneficial outcome, it would be a billion-dollar drug,” says Supiano. “But we can’t just treat the heart, we need to treat the whole person. We will need to exercise caution when implementing this information.”

SPRINT randomly assigned over 9,300 participants one of two blood pressure targets: less than 120 mmHg or less than 140 mmHg. Participants were age 50 years or older, at increased risk for cardiovascular disease, had a systolic blood pressure of at least 130 mmHg, and did not have diabetes or history of stroke. Blood pressure was adjusted with antihypertensive medications over the course of the study, especially during the first year. Healthy life styles were encouraged in all participants, who were monitored for a total of slightly more than three additional years. 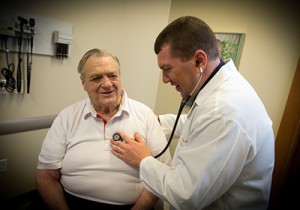 The results from SPRINT differ from a previous large blood pressure trial on people with diabetes, which demonstrated that a blood pressure target of 120 mmHg did not significantly reduce the risk for cardiovascular events. Cheung says the difference in outcomes between these two trials may stem from SPRINT’s large sample size as well as its inclusion of more elderly and individuals with kidney disease, while excluding patients with diabetes.