SAN DIEGO – Patients who receive red blood cell transfusions during coronary artery bypass grafting (CABG) surgery are at an increased risk of developing pneumonia, according to an abstract released today at the 51st Annual Meeting of The Society of Thoracic Surgeons.

“Pneumonia is a known risk following CABG surgery, and developing it has been shown to significantly increase a patient’s risk of morbidity and mortality,” says study leader Donald S. Likosky, Ph.D., associate professor of cardiac surgery at the University of Michigan Health System and member of the Institute for Healthcare Policy & Innovation. “Previous research has shown that one in every 20 CABG patients develop a major infection, with pneumonia being the most common type of infection.” 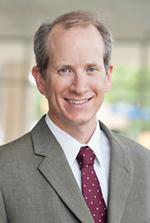 “Patients should receive red blood cell transfusions based on clinical need,” Likosky adds. “Surgical teams may have opportunities to reduce the need for transfusions among patients, thereby reducing the risk of secondary complications.”

Likosky and colleagues examined data on 16,182 patients who underwent CABG surgery between 2011 and 2013 at any of the 33 hospitals participating in the Michigan Society of Thoracic and Cardiovascular Surgeons Quality Collaborative.

The researchers found a significant association between red blood cell transfusion and the occurrence of pneumonia. They also found that the risk of developing pneumonia increased with the volume of red blood cells transfused.

Results showed that patients receiving one or two units of red blood cells had double the odds of developing pneumonia compared to patients not receiving transfusion, while those who received six units or more of red blood cells had 14-fold increased odds of developing pneumonia. The dose-dependent relationship was consistent across clinical subgroups and was not affected by other blood products, such as platelets.

“The ability to store and transfuse blood is one of medicine’s greatest accomplishments, but we are continuing to see that receiving a blood transfusion may alter a patient’s ability to fight infection,” says James R. Edgerton, M.D., medical director of the Heart Arrythmia Center at Baylor Healthcare System, who was not affiliated with the study.

“In their study, Likosky and colleagues have identified an increased risk of pneumonia after transfusion, which is an important breakthrough because it allows physicians to remain vigilant for the onset of pneumonia and initiate therapy early in hopes of shortening its course and severity. It also enables physicians to initiate preventive therapies in patients who have been transfused, which will contribute to better care of our patients.”

This project was supported by grant numbers R01HS022535 and R03HS022909 from the Agency for Healthcare Research and Quality (AHRQ). The content is solely the responsibility of the authors and does not necessarily represent the official views of the AHRQ.