Autoethnography: Inquiry With a Heart 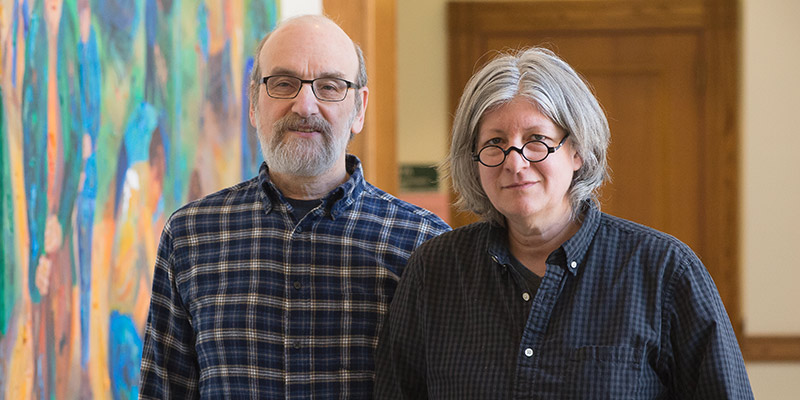 An academic textbook with moving personal narratives? Yes, it is possible — and it’s helping social workers reflect on their own lives with the aim of improving their work.

The latest book by longtime social work professor Stanley Witkin, Narrating Social Work Through Autoethnography, features personal stories from 11 social workers, covering such topics as international adoption, divorce, death and cross-dressing. It was selected by the American Library Association as an outstanding academic title for 2014.

“Many of the authors told me it was the hardest thing they have ever written, but incredibly gratifying,” says Witkin, who served as editor of the leading journal Social Work for four years. “It’s just not how we’re trained as academics. You are writing in a narrative style without adhering to all the strict scientific conventions and third person writing that’s off-putting to people, particularly students. You are trying to bring your reader and yourself into the text.”

One of Witkin’s most challenging tasks has been to explain autoethnography to the uninitiated. He describes it as a self-reflection of a meaningful life event written by a researcher that connects their personal experience to wider cultural, political and social meanings. “Such inquiry tends to be not just a description about an event, but a first person account of what the author was experiencing at the time,” says Witkin. “The richness and evocative nature of these accounts provide a form of understanding often not found in traditional accounts of the event or phenomenon being studied.”

Among the book’s compelling examples of autoethnography is one written by Witkin’s colleague in the Department of Social Work, Brenda Solomon. Her chapter “What Matters Most in Living and Dying: Pressing Through Detection, Trying to Connect” is about the death of her sister and how Solomon longed for the social worker at the hospital to speak to her in a more human, less programmed way.

“It seemed clear that I was not someone to help. I was someone who was to help others,” writes Solomon. “And while I recall little about the conversation, this is something I shall never forget: at some point in the meeting she (the social worker) said, ‘You are going to have to help your sister die.’ I didn’t think I could feel worse. I felt worse… I realized right away that it was part of her practice to identify less vulnerable members of the family and recruit them into the work of helping with the dying patent and other, more affected members of the family. Great! Not only was I in wicked need of help and unable to get it, but as an adult sibling, I was supposed to be positioned to offer critical help to my family. That I needed help myself clearly made matters worse… instead of commonness between us, I felt the signs and symptoms of being social worked!”

Solomon, who teaches autoethnography in her class “Practitioners’ Own Stories,” continues by describing the emotions she felt in the final days before her sister’s death and some insights into her own social work profession. “We were on our own,” she writes. “Perhaps if there was a heaven, this is what it would feel like – something where dichotomies are resolved – where vast open spaces of intimacy surround you, and death loses its grip on life, and life forgets its limits. Social workers could be helpful in moments like this. But it would require more from them than the right terms and references and best practices. It would require that they dislodge themselves from these things and feel the full force of life as it is slipping away.

“This collection illustrates the value of autoethnography as an inquiry approach for social work practice,” Witkin says. More than just a practitioner’s tool, though, it’s also one he’s bringing into the classroom. Through autoethnography, Witkin asks his students to compare how they describe their own experience with how existing research depicts it — an important activity that will shape their work after graduation.

For Heidi Pfau, a 2001 graduate of the MSW program, writing about coming to grips with her loss of sight in Witkin’s advanced research course allowed her to contest the stigmas associated with her new condition. “My story is a story about becoming ‘other’ in the eyes of friends and family members who suddenly didn’t know how to relate to me. It is a story about not knowing how to relate to myself and feeling truly alone in the world.”

Pfau, a coordinator and adult program manager at VSA Vermont, a non-profit arts and education organization focused on improving the lives of children and adults with disabilities, was able to examine a formative experience from her past and try to understand it from the social context of the time in which she experienced it – a critical aspect of autoethnography.

“The deep focus on “I” became a bridge, for me,” she says, “to the experiences shared by many. Looking inward with increased clarity seems to expand how I am able to listen to others.”