As the temperature drops, your risk of fracture rises

ANN ARBOR, Mich. – Record-setting winter weather in the U.S. has led to lots of road condition advisories, but could there also be a slip and fall alert? 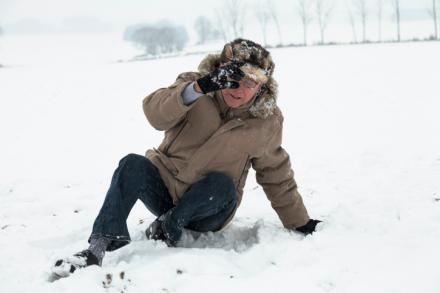 By analyzing various conditions – like snow, wind speed, temperature – into a ‘Slipperiness Score,’ a University of Michigan Health System study helps identify what days are the most risky for slip and fall injuries.

The study, published in February’s Plastic and Reconstructive Surgery Journal, focuses on Medicare patients, all over age 65, but authors note, the risk of falling exists for anyone during harsh winter weather.

“Although the concept that slippery footing increases your risk of falling isn’t new, what we’ve been able to show is that these dangerous conditions result in more fractures in this already vulnerable population of adults,” says lead study author Aviram Giladi, M.D., a resident in the U-M Department of Surgery’s Division of Plastic Surgery.

The study findings include:

Nearly 90,000 Medicare enrollees sustain wrist fractures each year, frequently from falls while standing and usually outdoors. The fractures can be quite limiting, and lead to a loss of independence for older patients. Medicare spends more than $240 million a year treating the injuries.

“Understanding the risk of these injuries can help inform prevention and preparation efforts, especially on days where the weather is bound to result in more slippery conditions,” says senior study author Kevin C. Chung, M.D., professor of plastic surgery and orthopedic surgery and the Charles B. G. de Nancrede Professor of Surgery.  “We hope to help people prepare for risky conditions and adjust where and when they walk outdoors.”