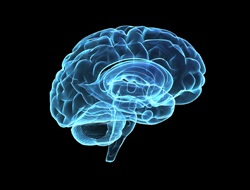 ANN ARBOR, Mich. – When Geoffrey Murphy, Ph.D., talks about plastic structures, he’s not talking about the same thing as Mr. McGuire in The Graduate. To Murphy, an associate professor of molecular and integrative physiology at the University of Michigan Medical School, plasticity refers to the brain’s ability to change as we learn.

Murphy’s lab, in collaboration with U-M’s Neurodevelopment and Regeneration Laboratory run by Jack Parent, M.D., recently showed how the plasticity of the brain allowed mice to restore critical functions related to learning and memory after the scientists suppressed the animals’ ability to make certain new brain cells.

The findings, published online this week in the Proceedings of the National Academy of Sciences, bring scientists one step closer to isolating the mechanisms by which the brain compensates for disruptions and reroutes neural functioning – which could ultimately lead to treatments for cognitive impairments in humans caused by disease and aging.

“It’s amazing how the brain is capable of reorganizing itself in this manner,” says Murphy, co-senior author of the study and researcher at U-M’s Molecular and Behavioral Neuroscience Institute. “Right now, we’re still figuring out exactly how the brain accomplishes all this at the molecular level, but it’s sort of comforting to know that our brains are keeping track of all of this for us.”

In previous research, the scientists had found that restricting cell division in the hippocampuses of mice using radiation or genetic manipulation resulted in reduced functioning in a cellular mechanism important to memory formation known as long-term potentiation.

But in this study, the researchers demonstrated that the disruption is only temporary and within six weeks, the mouse brains were able to compensate for the disruption and restore plasticity, says Parent, the study’s other senior author, a researcher with the VA Ann Arbor Healthcare System and associate professor of neurology at the U-M Medical School.

After halting the ongoing growth of key brain cells in adult mice, the researchers found the brain circuitry compensated for the disruption by enabling existing neurons to be more active. The existing neurons also had longer life spans than when new cells were continuously being made.

“The results suggest that the birth of brain cells in the adult, which was experimentally disrupted, must be really important – important enough for the whole system to reorganize in response to its loss,” Parent says.