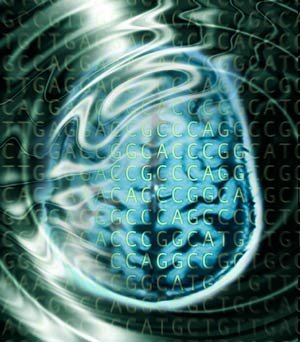 Yet few genes have so far been identified and the underlying genetic architecture of autism — that is, how many genes contribute and to what extent they influence a person’s chances of developing the disorder — remains poorly understood.

Now, a consortium led by researchers from the Broad Institute, Massachusetts General Hospital (MGH), and six other organizations has taken a step toward addressing these questions by searching for mutations in the fraction of the human genome that codes for proteins. The researchers sequenced this region, known as the “exome,” in 175 autism patients and their unaffected parents, looking for single-letter DNA changes present only in the children. Their results, along with simultaneously published findings from two other research groups, suggest modest roles for hundreds of genes in the development of autism and pinpoint a few specific genes as genuine risk factors. The work is described in a paper that appears online April 4 in the journal Nature.

“Autism, like many heritable disorders, results from the action of many genes — not simply a single gene as in cystic fibrosis or Huntington’s disease,” said senior author Mark Daly, chief of the Analytic and Translational Genetics Unit at MGH, a senior associate member of the Broad Institute and co-director of its Program in Medical and Population Genetics, and a member of the Broad Institute’s Stanley Center for Psychiatric Research. “These genes hold key insights into the true biological causes of autism — insights we have been unable to gain through other lines of research.”

Autism is a common neurodevelopmental disorder characterized by impaired social, behavioral, and communication abilities. Compared to other complex diseases, which are caused by a complicated mix of genetic, environmental, and other factors, autism is highly heritable — genetics accounts for roughly 80-90% of the risk of developing autism. Yet the majority of autism cases cannot be attributed to known inherited causes.

The AASC team focused its attention on a particular set of mutations, specifically single-letter mutations that are not present in the parents’ DNA but instead appeared spontaneously in the children — so-called de novo point mutations. Although it is not yet clear exactly when these changes arise, such genetic variations tend to be rare but also more severe in their impact on gene function. With such extreme effects, they can serve as important signposts toward genes involved in autism.

“The idea is that these de novo mutations can help identify candidate genes much more precisely because a newly arisen point mutation is considered really strong evidence that the mutation — and the gene it resides in — is involved in autism,” said first author Benjamin Neale, a research affiliate at the Broad Institute and an assistant in genetics at MGH.

The researchers found that less than half of the autism cases studied carried a potentially protein-altering de novo point mutation. While this was only slightly higher than the number expected based on the rate of mutation in the general population, these events are sufficiently rare that they could be used to uncover specific risk genes.

“These data suggest that there is a role for de novo point mutations in the coding region of the genome for autism, but they do not constitute a sufficient cause,” said Neale. “That is to say, most de novo variants do not fully explain the disorder in an individual.”

To learn more about these mutations and the genes in which they reside, the scientists looked for any meaningful connections among them. Such connections, among different proteins for example, might reveal important biological networks or pathways that underlie autism. By mining these data, Daly, Neale, and their colleagues found that the mutated genes are more connected to each other and to previously identified autism genes than expected. Specifically, the results suggest that some of the proteins encoded by these genes physically interact with each other.

As described in their paper, Daly and his colleagues pooled their data with those published in the other two Nature papers, revealing 18 candidate genes with multiple functional de novo point mutations. Considering the severity of the mutations, the collective results pointed to three genes as strong autism candidates: KATNAL2, a gene whose function is unknown; SCN2A, which encodes a brain protein that forms a channel for sodium ions; and CHD8, a gene that regulates gene transcription and modifies chromatin (the network of proteins that surrounds DNA).

The AASC team used additional exome sequencing of nearly 1000 autism cases and as many controls to validate these findings and uncovered strong evidence supporting two of the three candidate genes, KATNAL2 and CHD8. Together, the genes help explain less than one percent of the genetic risk of autism.

“These results clearly demonstrate the potential of DNA sequencing to articulate specific risk factors for autism,” said Daly. “We have only scratched the surface, but with continued collaborative efforts, these gene discoveries will point us to the underlying biological roots of autism.”

The research described in the Nature paper was supported by ARRA funding from the National Human Genome Research Institute and the National Institute of Mental Health.

About the Broad Institute of MIT and Harvard
The Eli and Edythe L. Broad Institute of MIT and Harvard was founded in 2003 to empower this generation of creative scientists to transform medicine with new genome-based knowledge. The Broad Institute seeks to describe all the molecular components of life and their connections; discover the molecular basis of major human diseases; develop effective new approaches to diagnostics and therapeutics; and disseminate discoveries, tools, methods and data openly to the entire scientific community.

Founded by MIT, Harvard and its affiliated hospitals, and the visionary Los Angeles philanthropists Eli and Edythe L. Broad, the Broad Institute includes faculty, professional staff and students from throughout the MIT and Harvard biomedical research communities and beyond, with collaborations spanning over a hundred private and public institutions in more than 40 countries worldwide. For further information about the Broad Institute, go to www.broadinstitute.org.