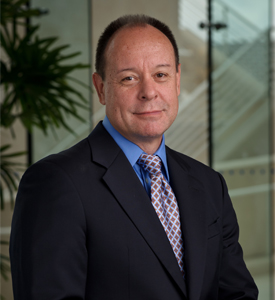 Researchers initially determined that loss of neurofibromin in mice affects the development of the part of the brain called the cerebellum, which is responsible for balance, speech, memory, and learning.

The research team, led by Dr. Luis F. Parada, Chairman of Developmental Biology, next discovered that the anatomical defects in the cerebellum that arise in their mouse model of NF1 could be reversed by treating the animals with a molecule that counteracts the loss of neurofibromin.

“Children with neurofibromatosis have a high incidence of intellectual deficits and autism, syndromes that have been linked to the cerebellum and cortex,” said Dr. Parada, Director of the Kent Waldrep Foundation Center for Basic Neuroscience Research and holder of the Diana K. and Richard C. Strauss Distinguished Chair in Developmental Biology and the Southwestern Ball Distinguished Chair in Nerve Regeneration Research at UT Southwestern. “Our findings in these mouse models suggest that despite embryonic loss of the gene, therapies after birth may be able to reverse some aspects of the disease.”

The rare genetic disorder NF1, also known as von Recklinghausen disease, affects about 1 in 3,000 people and can lead to uncontrolled tumor growth along nerves. It also can result in behavioral, learning and autism spectrum disorders, trigger motor deficits, and impact aspects of memory and behavior.

Neurofibromin normally acts as a tumor suppressor, which keeps cells from growing and dividing too rapidly or in an uncontrolled way, according to the National Institutes of Health. Mutations in the NF1 gene lead to a nonfunctional version of neurofibromin that cannot regulate cell growth and division, which results in tumors such as neurofibromas that form along nerves throughout the body.

The cerebellum, which consists of different layers formed by distinct cell types, continues to develop after birth. Before it can be fully formed, ‘immature’ nerve cells need to multiply and travel to the appropriate part of the cerebellum, where they ‘mature’ into the different nerve cell types to form the cerebellar layer. The UT Southwestern researchers saw that loss of neurofibromin interferes with this process, leading to a malformed cerebellum.

In the absence of neurofibromin, the scientists found that a signaling pathway called ERK is always active, which interferes with normal brain development. With this information in hand,  they treated newborn mice with inhibitors of the ERK pathway and found that the anatomical defects in the cerebellum could be reversed.

The findings are published in the journal Genes and Development. The work was supported by grants from the National Institutes of Health and the Simons Foundation.

About UT Southwestern Medical Center
UT Southwestern, one of the premier academic medical centers in the nation, integrates pioneering biomedical research with exceptional clinical care and education. The institution’s faculty includes many distinguished members, including six who have been awarded Nobel Prizes since 1985. Numbering approximately 2,800, the faculty is responsible for groundbreaking medical advances and is committed to translating science-driven research quickly to new clinical treatments. UT Southwestern physicians provide medical care in 40 specialties to about 92,000 hospitalized patients and oversee approximately 2.1 million outpatient visits a year.