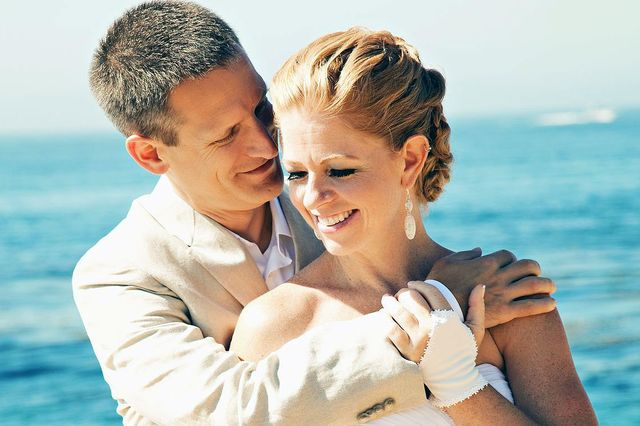 Greg Parks and Kathleen Pullen-Norris, a nurse at the Ronald Reagan UCLA Medical Center, were married for less than a year before Parks was in a bike accident and sustained a life-changing brain injury.

Triathlete Greg Parks never recalled the cause of the accident that left him lying unconscious in the road, still straddling the bicycle he’d been riding in Santa Clarita. But he will never forget what followed: four weeks of hospitalization and grueling rehabilitation. Then came another four months before he was able to resume his life as a newlywed husband and rocket-test engineer. 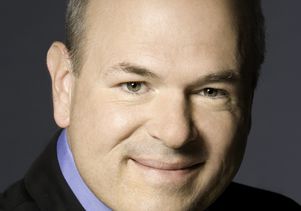 Actor Larry Miller was also able to pick up his life as the father of two after suffering a life-threatening head injury in 2012 and being on life support for a month. Well-known for the memorable characters he played in more than 100 films and TV shows, Miller also started back to work after his recovery.

Parks and Miller recently shared their experience of coming back from a life-changing brain injury at a public symposium hosted by the neurosurgery department’s Brain Injury Research Center at the Ronald Reagan UCLA Medical Center. Both men, as well as those who care for patients with traumatic brain injuries (TBI), talked about how to advocate for loved ones and how caregivers must also take time to tend to themselves.

“My accident was the best thing that could have happened to me,” said Miller, who has advocated for TBI patients before the California Senate. He opted to see the brighter side of his situation. “A brain injury wakes you up and makes you appreciate all that you have. Everything became funnier in my life.”

From her perspective as the wife of a patient, Kathleen Pullen-Norris, Parks’ wife, described the challenges she faced in obtaining proper treatment for her husband at the hospital where he was first taken and how she coped during his journey to recovery.

“Being the spouse of a TBI patient can be one of the world’s darkest places,” admitted Pullen-Norris, who happened to be a nurse at the Reagan UCLA Medical Center’s neuro-ICU unit, where her husband was eventually hospitalized. “You are not the injured, but you are the aching. Greg describes TBI as a fog. Being a TBI wife is like being a lighthouse — the best and brightest lighthouse I can muster.”

She emphasized the need for personal self-care. “Without the caregiver, the patient is lost,” she stressed. “That means taking time for yourself.”

Parks encouraged therapists to push their patients to recapture their mental and physical fitness. “My toughest therapist was my beautiful wife, Kathleen,” said Parks, who had married Pullen-Norris less than a year before his accident and raced in New Zealand’s Ironman competition together on their honeymoon.

“I am grateful to her for making fitness a priority and am living proof that a good support system is essential for surviving a brain injury,” Parks said.

Each year, an estimated 2.4 million Americans suffer a blow to the head that results in a traumatic brain injury, according to Dr. Paul Vespa, director of neurocritical care at the Reagan UCLA Medical Center and a professor of neurosurgery and neurology at the David Geffen School of Medicine.

“Swift treatment can prevent death and permanent brain damage, but not every hospital offers the trained specialists and sophisticated equipment required to treat TBIs effectively,” Vespa pointed out.  “As a result, tens of thousands of people die needlessly each year, and more than 5.3 million Americans live with a lifelong disability.”

Pullen-Norris echoed Vespa’s message. “Greg and I are deeply grateful to his UCLA physicians and nurses. Without their expertise and diligence, our work would be for nothing. They saved Greg and, in turn, saved me.”