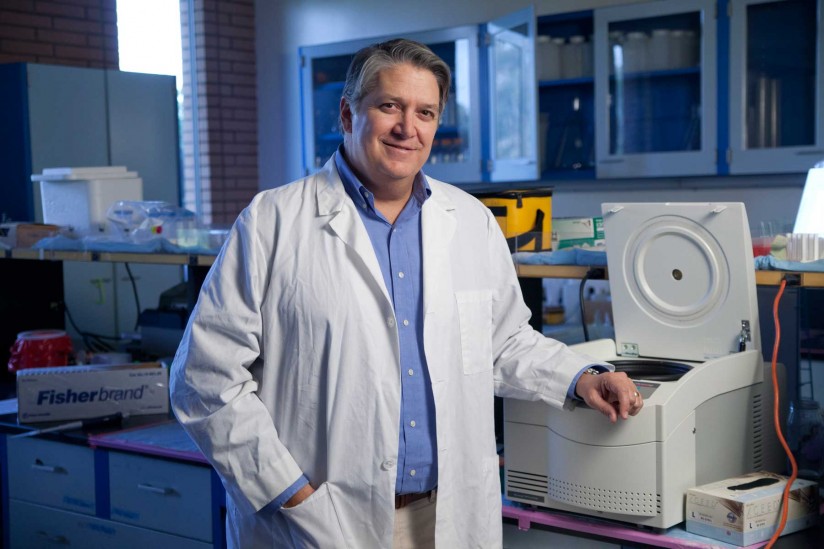 Among the 5 million Americans diagnosed with Alzheimer’s disease, nearly two-thirds are women.

While the reason for this striking discrepancy isn’t yet known, proposed theories range from differences in health care usage and lifestyle factors to life span and other biological variations. USC Leonard Davis School of Gerontology Professor Christian Pike studies this disparity at the deepest level, examining key genes involved in Alzheimer’s and how their effects differ in males and females.

“Men and women are affected by Alzheimer’s disease differently, both in terms of disease development and progression,” he said. “Understanding the underlying bases of these differences should be useful in determining whether we need to view prevention and treatment differently depending upon gender.”

Pike’s newest project will specifically examine the gene for apolipoprotein E-4 (APOE4), a primary genetic risk factor for Alzheimer’s. The presence of the APOE4 gene disproportionately increases the risk for the disease in women versus men, Pike said.

“In women, Alzheimer’s disease risk is increased approximately four times with one copy of the gene and 10 times with two copies of the APOE4 gene, whereas men show essentially no increased risk with one APOE4 gene and only a fourfold increase in risk with two copies of APOE4,” he said. “Even in the absence of dementia, APOE4 is associated with significantly increased atrophy and dysfunction of the brain and that affects women much more strongly than men.”

One of the ways APOE4 affects Alzheimer’s risk is by increasing inflammation in the brain, and several other genetic risk factors for the disease also affect the functioning of the immune system, Pike explained. His team’s earlier experiments with USC University Professor Caleb Finch — conducted with mice genetically engineered to have the APOE4 gene and develop a disease akin to human Alzheimer’s — showed that females with the gene developed worse signs and symptoms of the illness as well as more neuroinflammation compared to males with APOE4.

It raises the question of how feminine characteristics of the brain affect APOE4, which Pike and his team will explore using mice designed to have the gene as well as varying levels of female brain traits.

“Sex is a spectrum of maleness to femaleness, a spectrum that can be manipulated in early life by exposure to hormones,” Pike said. “By manipulating sexual differentiation, we will test whether increased femininity of the brain increases the Alzheimer’s-associated effects of APOE4.”

In addition, the project will explore whether an anti-inflammatory drug can interrupt the cellular signals that enable APOE4’s harmful effects. However, the answer to Alzheimer’s likely isn’t as simple as just decreasing the amount of neuroinflammation, Pike added.

“Interestingly, a certain amount of inflammation may be beneficial in combating Alzheimer’s,” he said. “Thus, it is important to understand what aspects of inflammation are harmful and which are useful so that we can develop therapeutic interventions that optimally regulate these processes.”

The new study is supported by a $250,000 Sex and Gender in Alzheimer’s (SAGA) research grant from the Alzheimer’s Association. The organization announced the first-ever SAGA grants, which aim to accelerate research on sex differences in Alzheimer’s disease, on Aug. 30. 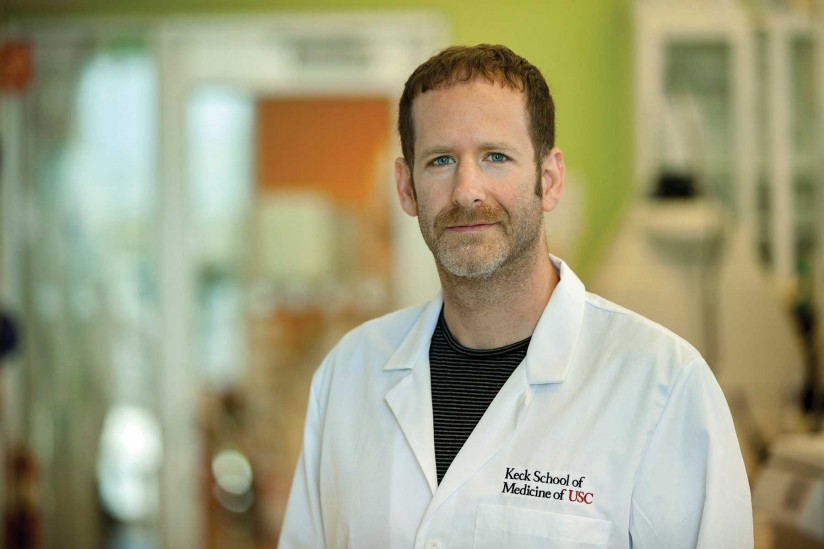 Terrence Town will study how sex differences in brain structure and hormonal changes during aging interact to affect the development of Alzheimer’s. (Photo/Van Urfalian)

Pike is one of only nine investigators in the world named as SAGA grant recipients. In a nod to USC’s strength in Alzheimer’s research, he is one of two recipients from USC: Keck School of Medicine Professor Terrence Town will study how sex differences in brain structure and hormonal changes during aging interact to affect the development of Alzheimer’s and whether estrogen treatment can help prevent these changes in Alzheimer’s-like rats.

SAGA is a core component of the Alzheimer’s Association Women’s Initiative. The broader initiative highlights the multiple and disproportionate effects of Alzheimer’s on women as caregivers, advocates and people living with the disease. It launched in June 2014 with a major goal of engaging more women in the fight against Alzheimer’s, according to a press release issued by the organization.

“Research showed us how women experience heart disease differently from men. We need to look at Alzheimer’s in a similar way. If we can better understand the disease processes and progression in men and women, we have an opportunity to tailor how we approach detection, diagnosis and therapeutic approaches based on sex,” said Maria Carrillo, Alzheimer’s Association chief science officer. “As a core part of this discussion, we must explore fundamental differences in biological characteristics and lifestyle factors between the sexes that may play a role to the disproportionate impact on women.”