Home » Brain & Nerves » Dementia » Why do so many seniors with memory loss and dementia never get tested?

ANN ARBOR, Mich. — Despite clear signs that their memory and thinking abilities have gone downhill, more than half of seniors with these symptoms haven’t seen a doctor about them, a new study finds. 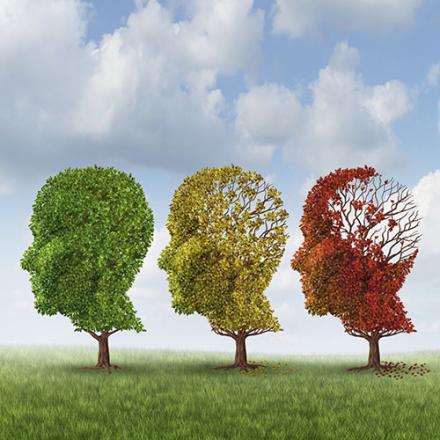 Memory loss & thinking problems should be checked out by a doctor – but many seniors never get evaluated, research finds.

University of Michigan researchers and their colleagues say their findings suggest  that as many as 1.8 million Americans over the age of 70 with dementia are not evaluated for cognitive symptoms by a medical provider, which in some patients can lead to a failure to uncover modifiable causes of thinking or memory impairment.

The study, published online in Neurology, the medical journal of the American Academy of Neurology, documents a clear lack of clinical testing for seniors with signs of cognitive problems.

Those who were married, and those with the worst levels of dementia symptoms, were more likely to have had their memory and thinking ability evaluated by a primary care doctor, neurologist or psychiatrist. The study included people with mild cognitive impairment through severe dementia, from all causes.

“Early evaluation and identification of people with dementia may help them receive care earlier,” says study author Vikas Kotagal, M.D., M.S., who sees patients at the University of Michigan Health System and is an assistant professor in the U-M Medical School’s Department of Neurology. “It can help families make plans for care, help with day-to-day tasks including observed medication administration, and watch for future problems that can occur. In some instances, these interventions could substantially improve the person’s quality of life.”

The data in the study come from before the start of Medicare’s free annual wellness exams for seniors, which began in 2011 under the Affordable Care Act and are required to include a cognitive evaluation.

Even so, says Kotagal, “The results of this study have implications in both primary care and specialty care settings. Recognizing cognitive impairment in older individuals is important, and physicians should explore reasons why dementia has occurred and communicate these findings clearly with patients and family members so that they can take this information with them when they leave the office.”

More about the study population 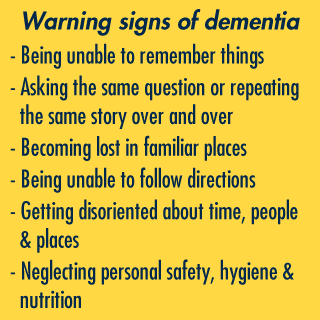 Adapted from the National Institute on Aging

The study was part of a larger, nationally representative, community-based study called the Health and Retirement Study, based at the U-M Institute for Social Research. From that study, 856 people age 70 and older were evaluated for dementia, including a video interview and standard testing. For each participant, a spouse, child or other person who knew the person well was asked whether the participant had ever seen a doctor for any concerns about memory or thinking.

A total of 297 of the participants met the criteria for dementia. Of those, 45 percent had seen a doctor about their memory problems – and the more severe their issues, the more likely they had had that evaluation. By comparison, 5 percent of those with memory and thinking problems that did not meet the criteria for dementia had been tested by a doctor for those issues, and 1 percent of those with normal memory and thinking skills had undergone testing.

People who were married were more than twice as likely to undergo cognitive evaluations as people who were not married. Why? “It’s possible that spouses feel more comfortable than children raising concerns with their spouse or a health care provider,” said Kotagal. “Another possibility could be that unmarried elderly people may be more reluctant to share their concerns with their doctor if they are worried about the impact it could have on their independence.”

Other demographic factors did not have an effect on whether or not people had cognitive evaluations, including race, socioeconomic status, the number of children and whether children lived close to the parents. “Our results show that the number and proximity of children is no substitute for having a spouse as a caregiver when it comes to seeking medical care for memory problems for a loved one,” Kotagal said.

Next stop: Finding out why

While the study doesn’t answer the question of why people with signs of dementia don’t get tested, Kotagal suggests that many factors may be involved – – some driven by the patient, some by physicians, and others by the nature of our health system.

Many patients and physicians, he says, may perceive that clinical cognitive exams don’t have enough value. But experts have shown that they can improve medical outcomes and help reduce societal costs.

For instance, knowing that a stroke or vascular issues in the brain caused dementia means patients can work to control risk factors like blood pressure that might otherwise cause it to keep worsening.

The next steps in research on this topic are to find out why patients don’t get tested, and what parts of the diagnostic process are most valuable to patients and caregivers.