Conversely, those who quit smoking, even past the age of 60, have a considerably decreased risk after only a few years. Scientists from the German Cancer Research Center (DKFZ) have now published their results from an analysis of data pooled from more than half a million individuals across Europe and the US. 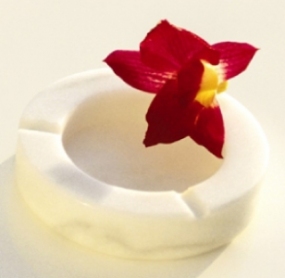 In the most comprehensive study ever on the impact of smoking on cardiovascular disease in older people, epidemiologist Dr. Ute Mons from the German Cancer Research Center (Deutsches Krebsforschungszentrum, DKFZ) analyzed 25 individual studies, compiling data from over half a million individuals age 60 and older.

Twice as many smokers die from cardiovascular disease than life-long non-smokers do. The increase in risk depends on the number of cigarettes that a person has smoked in his or her lifetime. After one quits smoking, this risk continues to decrease. On average, the risk for former smokers is only 1.3 times that of people who have never smoked in their lives.

Within the first five years after smoking one’s last cigarette, the risk already decreases measurably. Even those who quit smoking past age 60 still benefit from the decreased risk of developing cardiovascular disease. However, the more time that has passed since one has quit, the more considerable the decrease in a former smoker’s risk of dying from heart attack or stroke.

Since people often find it difficult to determine the relevance of relative risks, Mons and her colleagues also used an alternative method to assess the results of their meta-analysis: They calculated the number of years by which smoking accelerates death from heart disease. They found that the age of smokers who die from cardiovascular disease is, on average, five and a half years younger than people who have never smoked in their lives. By contrast, the age for former smokers drops to just over two years younger than life-long non-smokers.

“Therefore, it is never too late to stop smoking. Even people in the highest age group still gain considerable health benefits from it,” says study head Prof. Hermann Brenner. “Many heart attacks and strokes, with all of their serious consequences, could be prevented this way.”