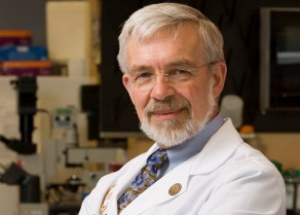 ANN ARBOR, Mich. — A primary reason that head and neck cancer treatments fail is the tumor cells become resistant to chemotherapy drugs. Now, researchers at the University of Michigan Comprehensive Cancer Center have found that a compound derived from the Indian spice curcumin can help cells overcome that resistance.

When researchers added a curcumin-based compound, called FLLL32, to head and neck cancer cell lines, they were able to cut the dose of the chemotherapy drug cisplatin by four while still killing tumor cells equally as well as the higher dose of cisplatin without FLLL32.

The study appears this week in the Archives of Otolaryngology — Head and Neck Surgery.

“This work opens the possibility of using lower, less toxic doses of cisplatin to achieve an equivalent or enhanced tumor kill. Typically, when cells become resistant to cisplatin, we have to give increasingly higher doses. But this drug is so toxic that patients who survive treatment often experience long-term side effects from the treatment,” says senior study author Thomas Carey, Ph.D., professor of otolaryngology and pharmacology at the U-M Medical School and co-director of the Head and Neck Oncology Program at the U-M Comprehensive Cancer Center.

FLLL32 is designed to sensitize cancer cells at a molecular level to the antitumor effects of cisplatin. It targets a key type of protein called STAT3 that is seen at high levels in about 82 percent of head and neck cancers. High levels of STAT3 are linked to problems with normal cell death processes, which allow cancer cells to survive chemotherapy treatment. STAT3 activation has been associated with cisplatin resistance in head and neck cancer.

Curcumin is known to inhibit STAT3 function, but it is not well-absorbed by the body. FLLL32 was developed by researchers at Ohio State University to be more amenable to use in people. The current study used the compound only in cell lines in the laboratory.

Separate studies suggest FLLL32 may not be well-absorbed by the body and researchers are developing a next generation compound that they hope improves on that. The U-M team plans to further study this newer compound for its potential as part of head and neck cancer treatment. Clinical trials using this compound are not currently available.