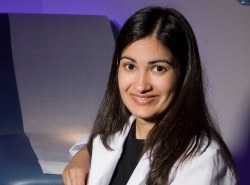 Researchers looked at a key database often used to assess whether cancer patients receive appropriate care and found that it may not always be adequately capturing whether breast cancer patients undergo radiation treatments.

The Surveillance Epidemiology and End Results, or SEER, registry is maintained by the National Cancer Institute and collects information on cancer incidence, prevalence and survival. Researchers use SEER data to look at patterns of cancer treatment, including disparities by race or geography.

“Researchers are increasingly using observational databases like SEER not only to document quality of care but also to try to understand things like the impact of radiation on clinical outcomes,” says lead study author Reshma Jagsi, M.D., D.Phil., associate professor of radiation oncology at the U-M Medical School.

In the study, which appears online in Cancer, researchers surveyed women in two SEER markets, Detroit and Los Angeles who had been treated for breast cancer. The treatments that patients reported receiving were matched to their records in SEER. Of 1,292 patients who said they received radiation therapy, 273 were not coded that way in the SEER database – just over 1 in 5. This was most notable in Los Angeles where about a third of the time the database did not match patient report. In Detroit, radiation was not correctly noted 11 percent of the time.

Studies based on examining SEER data have previously suggested that women are not receiving radiation therapy after breast conserving surgery as recommended. These studies found disparities in radiation use among race, age and geography. As a result, efforts have been made to ensure patients are being referred to radiation and to make radiation treatment seem less intimidating and time-intensive for patients.

The problem, Jagsi points out, is that if some of the SEER databases are not reflecting and measuring the impact of such interventions with complete accuracy, researchers cannot know if they are devoting resources to improve cancer care appropriately.

“With increased interest in comparative effectiveness research, more and more researchers are using registry databases like SEER. If the quality of the data in some of these databases has limitations, these must be understood to avoid potentially misleading conclusions that affect both clinical decision-making and policy,” Jagsi says.

Breast cancer statistics: 209,060 Americans will be diagnosed with breast cancer this year and 40,230 will die from the disease, according to the American Cancer Society