A newly discovered type of genetic mutation that occurs frequently in cancer cells may provide clues about the disease’s origins and offer new therapeutic targets, according to new research from Weill Cornell Medicine and the New York Genome Center.

Using next-generation sequencing technology, scientists have previously traced cancer’s roots to mutations that disrupt the sequence of proteins. As a result, the cell either creates hyperactive or dysfunctional versions of proteins, or fails to produce them at all, leading to cancer. Now, a study published Jan. 12 in Cell illuminates a possible new type of driver of the disease: small (one-50 letter) insertions or deletions of DNA sequence, also called “indels,” in regions of the genome that do not code for protein. 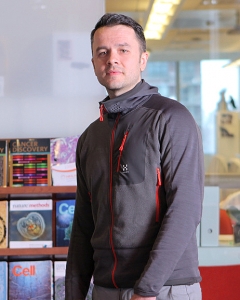 “Those non-coding regions are still important because they contain sequences that affect how genes are regulated, which is critical for normal cell development,” said lead author Dr. Marcin Imielinski, an assistant professor of pathology and laboratory medicine at Weill Cornell Medicine and a core member at the New York Genome Center. “We already know they are biologically important. The question is whether they can impact cancer development.”

In the study, Dr. Imielinski and his colleagues analyzed sequencing data from several publically available databases of tumor samples, focusing on the 98 percent of the genome that does not code for protein. They initially looked at lung adenocarcinoma, the most common type of lung cancer, and found that the most frequent indel-mutated regions in their genomes landed in genes encoding surfactant proteins. Though these genes are essential for healthy lung function, they had not previously been associated with lung cancer. However, they are highly and specifically expressed by the cell type that gives rise to lung adenocarcinoma.

The researchers then looked at the genomes of 12 other cancer types and found similar patterns in liver, stomach and thyroid tumors. “In each cancer, noncoding indels clustered in genes that are critical to organ function, but had not been associated with the cancer,” said Dr. Imielinski, who is also an assistant professor of computational genomics in the HRH Prince Alwaleed Bin Talal Bin Abdulaziz Al-Saud Institute for Computational Biomedicine and a member of the Sandra and Edward Meyer Cancer Center at Weill Cornell Medicine. 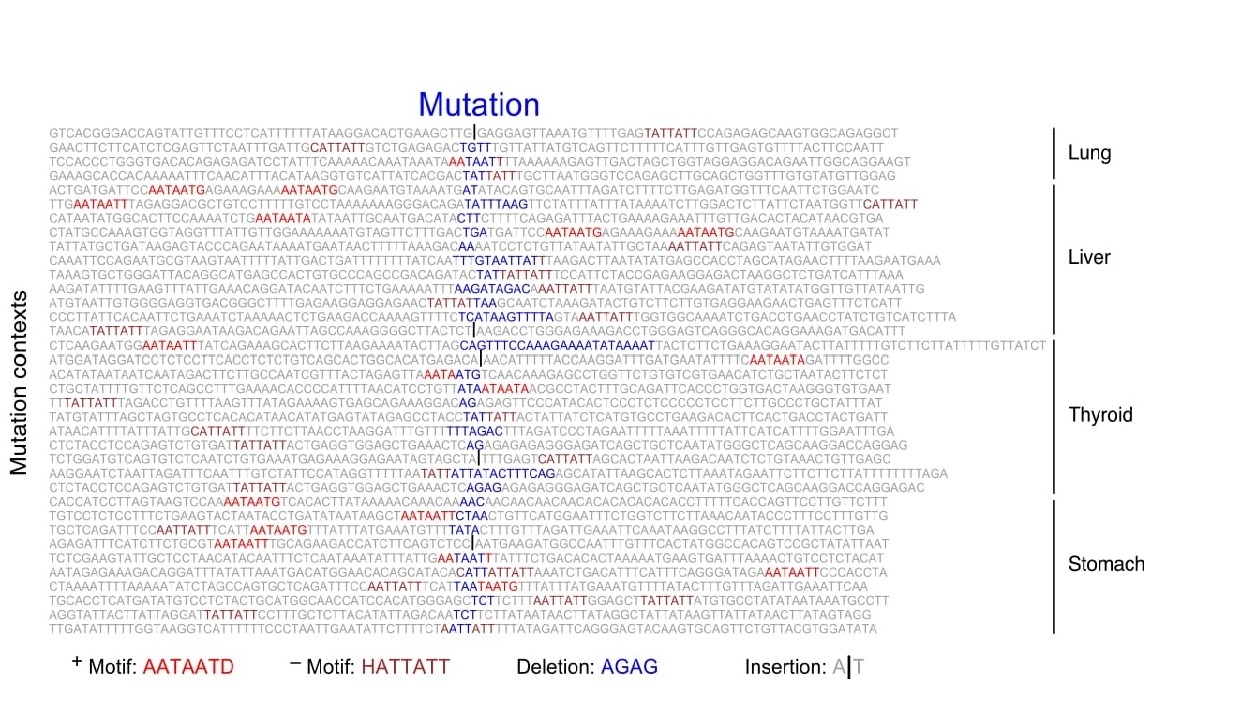 This image shows genetic mutations (blue) in the context of their surrounding DNA sequence, highlighting a sequence motif (red) that Dr. Imielinski discovered.

Most strikingly, these non-coding indels are very common, occurring in 20-50 percent of the associated cancers. “They occur as frequently as the most famous cancer-causing mutations,” said Dr. Imielinski, who is a paid consultant for the company 10X Genomics, which sells devices and technology to analyze genetic information. “Any gene or any sequence that mutated at this frequency has been shown to play a causal role in cancer. That would be an exciting outcome, if we can prove it.”

Even if these mutations are not shown to cause cancer, they can be used in the future to improve cancer diagnosis and treatment. “These mutations can be biomarkers that help us to diagnose a cancer early, or they could be used to pinpoint a primary cancer when there are metastases and we can’t find the original cancer,” Dr. Imielinski said. “There are a lot of potential clinical implications from these findings.”