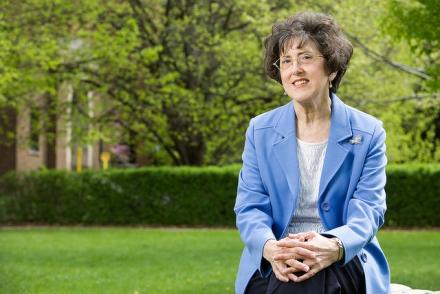 Bernadine Cimprich, Ph.D., R.N., associate professor emerita at the University of Michigan School of Nursing, and colleagues found that pretreatment neurocognitive compromise and fatigue were key contributors to the cognitive effects often attributed to chemotherapy.

“For a long time, women undergoing treatment for breast cancer have reported cognitive problems such as trouble thinking clearly, remembering things, and carrying out jobs and other responsibilities, which we have attributed to chemotherapy or ‘chemo brain,’” says Cimprich, a researcher at the University of Michigan Comprehensive Cancer Center. “Research shows that these problems do occur in some women during chemotherapy, but we still do not understand what the underlying causes are.”

Cimprich and her colleagues reasoned that the mental demand and stress of a breast cancer diagnosis could play a role in these early cognitive problems. They tested neurocognitive responses using functional magnetic resonance imaging (fMRI) on 28 women who received adjuvant chemotherapy, 37 who received radiotherapy and 32 healthy controls. Before treatment and one month after treatment, the participants performed a verbal working memory task with varying levels of demand for cognitive control during fMRI scanning. They also provided self-reports of fatigue.

Women who underwent chemotherapy reported a significantly higher level of fatigue and performed less accurately on the cognitive tests before treatment and one month after treatment. In addition, greater fatigue correlated with poorer test performance and more cognitive problems reported over time.

“Our initial findings showed that the level of worry interfered with patients’ ability to do a task,” Cimprich says. “The level of worry had a key role in the cognitive problems with these women before treatment, and this worry was related to fatigue.”

“Women faced with the decision to undergo chemotherapy should know that cognitive problems, should they occur, may not always stem from chemotherapy,” Cimprich says. “Women should not avoid accepting recommendations for lifesaving chemotherapy for fear of ‘chemo brain.’”

“It might be possible to diminish worry and fatigue and maintain strong brain function during the course of treatment using these interventions,” Cimprich says.

The mission of the 2012 CTRC-AACR San Antonio Breast Cancer Symposium is to produce a unique and comprehensive scientific meeting that encompasses the full spectrum of breast cancer research, facilitating the rapid translation of new knowledge into better care for patients with breast cancer. The Cancer Therapy & Research Center (CTRC) at The University of Texas Health Science Center at San Antonio, the American Association for Cancer Research (AACR) and Baylor College of Medicine are joint sponsors of the San Antonio Breast Cancer Symposium. This collaboration utilizes the clinical strengths of the CTRC and Baylor and the AACR’s scientific prestige in basic, translational and clinical cancer research to expedite the delivery of the latest scientific advances to the clinic. For more information about the symposium, please visit www.sabcs.org.

NOTICE: Except where otherwise noted, all articles are published under a Creative Commons Attribution 3.0 license. You are free to copy, distribute, adapt, transmit, or make commercial use of this work as long as you attribute the University of Michigan Health System as the original creator and include a link to this article.