ANN ARBOR, Mich. — One-quarter of women who should take hormone-blocking therapies as part of their breast cancer treatment either do not start or do not complete the five-year course, according to a new study led by University of Michigan Comprehensive Cancer Center researchers. 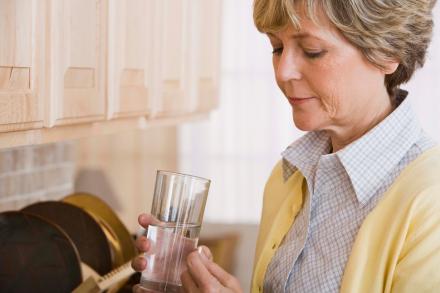 Five years of daily tamoxifen or aromatase inhibitors — two types of endocrine therapy that are taken as a pill — is recommended for many women whose breast cancer expresses the hormones estrogen or progesterone. The drugs have been shown to reduce cancer recurrence and increase survival. And recent studies suggest there may be even more benefit for some women to continue this therapy for 10 years.

Despite this, the study of 743 women eligible for endocrine therapy found that about 11 percent never initiated the treatments and 15 percent stopped taking it early. Results appear online in Breast Cancer Research and Treatment.

“We’re doing well with women taking endocrine therapy, but there’s work to do,” says lead study author Christopher Friese, Ph.D., R.N., assistant professor at the University of Michigan School of Nursing. “If guidelines begin to shift so that some women at high risk of breast cancer recurring need 10 years of endocrine therapy, then the number of women who persist with treatment will likely worsen. We need to develop better ways of supporting women through this therapy.”

The most common reason patients said they either discontinued or never started endocrine therapy was side effects. Many women experience menopause-like symptoms such as hot flashes or vaginal dryness, and both types of drugs, more commonly the aromatase inhibitors, can cause joint pains.

The study surveyed women in the Detroit and Los Angeles areas who were diagnosed with breast cancer and reported to Surveillance, Epidemiology and End Results, or SEER, tumor registries. Women were surveyed at about nine months after their diagnosis and again about four years later with questions about their use of tamoxifen or any type of aromatase inhibitor.

Women who expressed more worry about their cancer recurring were more likely to complete endocrine therapy, as were women who already took medication regularly.

“It was particularly interesting that greater fear of recurrence was associated in our patient sample with greater adherence to endocrine therapy,” says senior study author Jennifer J. Griggs, M.D., M.P.H., professor of internal medicine at the U-M Medical School and a medical oncologist who sees patients with breast cancer at the U-M Comprehensive Cancer Center.

“We don’t want our patients living under a cloud of fear, so we need to develop creative ways to both reassure and motivate them. This means providing better education about the importance of staying on these medications and partnering with primary care and cancer doctors to help patients manage symptoms,” Griggs adds.

Breast cancer statistics: 234,580 Americans will be diagnosed with breast cancer this year and 40,030 will die from the disease, according to the American Cancer Society