Aspirin is known to lower risk for some cancers, and a new study led by a UC San Francisco scientist points to a possible explanation, with the discovery that aspirin slows the accumulation of DNA mutations in abnormal cells in at least one pre-cancerous condition.

“Aspirin and other non-steroidal anti-inflammatory drugs, which are commonly available and cost-effective medications, may exert cancer-preventing effects by lowering mutation rates,” said Carlo Maley, PhD, a member of the UCSF Helen Diller Family Comprehensive Cancer Center, and an expert on how cancers evolve in the body over time.

In the study, published June 13 in the online journal PLOS Genetics, Maley – working with gastroenterologist and geneticist Brian Reid, MD, PhD, of the Fred Hutchinson Cancer Research Center – analyzed biopsy samples from 13 patients with a pre-cancerous condition called Barrett’s esophagus who were tracked for six to 19 years. In an “observational crossover” study design, some patients started out taking daily aspirin for several years, and then stopped, while others started taking aspirin for the first time during observation. The goal was to track the rate of mutations in tissues sampled at different times.

The researchers found that biopsies taken while patients were on an aspirin regimen had on average accumulated new mutations about 10 times more slowly than biopsies obtained during years when patients were not taking aspirin.

“This is the first study to measure genome-wide mutation rates of a pre-malignant tissue within patients for more than a decade, and the first to evaluate how aspirin affects those rates,” Maley said.

Cancers are known to accumulate mutations over time much more rapidly than normal tissue, and different mutations arise in different groups of cells within the same tumor. The acquisition of key mutations ultimately allows tumor cells to grow out of control, and diversity within a tumor may foster drug resistance, a phenomenon that is a major focus of Maley’s research. 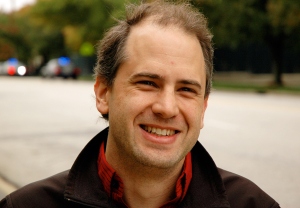 Maley plans to test a hypothesis that may explain the results – that aspirin’s lowering of mutation rates is due to the drug’s effect of reducing inflammation. Inflammation, a response of the immune system, in recent years has been recognized as a hallmark of cancer. Maley said that less inflammation may result in less production within pre-cancerous tissue of oxidants known to damage DNA, and may dampen growth-stimulating signaling.

For the duration of the study, the rate of accumulation of mutations measured in the biopsied tissue between time points was slow, even when patients were not taking aspirin, with the exception of one patient. While mutations accumulated at a steady rate, the vast majority of mutations arose before the abnormal tissue was first detected in the clinic, the researchers concluded.

These findings are consistent with the fact that although Barrett’s esophagus is a significant risk factor for esophageal cancer, the vast majority of cases do not progress to cancer, Maley said.

In the one patient who later went on to develop cancer, a population of cellular “clones” with a great number of mutations emerged shortly before he started taking aspirin.

More studies are needed to further explore the link between non-steroidal anti-inflammatory drugs, mutation rates and the development of invasive cancer, Maley said. He plans to continue studying Barrett’s esophagus and esophageal cancer, and to expand his research to investigate lung cancer.

Rather than aiming to kill the most tumor cells, it may be better to try to halt or slow growth and mutation. Current drug treatments for cancer may in many cases hasten the emergence of cancer that is more difficult to eradicate, according to Maley. The capability to mutate frequently allows tumors to become resistant to drug treatment, he said. A better-adapted mutant can begin to spin off a population of genetic clones that survives and grows, while poorly adapted tumor cells die off.

The research was funded by the American Cancer Society and the National Cancer Institute.