The effect is most evident for liver cancer and pancreatic cancer. By contrast, people with diabetes have a significantly lower rate of prostate cancer. 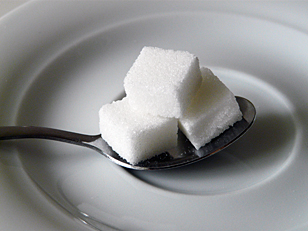 Cancer and diabetes – are risk factors the same for these two diseases? Or does diabetes cause processes in the body which promote the onset or growth of cancer? It is still unclear why diabetics have a higher rate of cancer than people who are not affected by this metabolic disorder.

In order to precisely identify the types of cancer in which diabetes plays a role, Kari Hemminki of DKFZ collaborated with colleagues in Sweden and the United States to carry out the largest study ever on cancer risks of people with type 2 diabetes. The study included 125,126 Swedish citizens who had been hospitalized due to problems associated with type 2 diabetes. The epidemiologists compared the cancer incidence in these patients with that of the general population in Sweden.

The scale of the study also made it possible, for the first time, to quantify correlations between diabetes and less common types of cancer. The researchers discovered that people with type 2 diabetes have an increased risk of developing 24 of the types of cancer studied. The most significant risk elevation was established for pancreatic and liver cell cancers. The rate of these cancers in people with type 2 diabetes is elevated by factor six and 4.25 respectively compared to the general population. The epidemiologists also found the risk of cancers of the kidneys, thyroid, esophagus, small intestine and nervous system to be more than twice as high.

In addition, the study confirmed an observation suggesting that people with type 2 diabetes have a significantly lower rate of prostate cancer. This was particularly apparent in diabetes patients with a family history of the disease. The more family members are affected by diabetes, the lower is the personal prostate cancer risk. “Right now, we can only speculate about the causes,” said Hemminki. “Possibly, a lower level of male sex hormones in diabetics may be among the factors that are responsible for this.”

Could it be that cancer rates in study participants with type 2 diabetes appear to be increased just because their tumors happened to be found earlier as a result of hospital routine diagnostics? To rule this out, the researchers separately analyzed how many cancers had occurred in study participants after one and five years respectively following their hospital stays. Although this revealed a slightly lower risk elevation, the trend was the same.

In the industrialized countries, between two and twenty percent of the population get type 2 diabetes. Hence, this metabolic disease ranges among the greatest challenges for the public healthcare system. Type 2 diabetes, which used to be incorrectly called “old age diabetes”, is characterized by insulin resistance in tissue. It means that the cells of those affected do not take up glucose from the blood upon receipt of an insulin signal.

For their study the scientists evaluated data reported to a registry following every hospital release in Sweden from 1964 to 2007. These data were combined with the Swedish National Family Cancer Database which registers all cancer cases that have occurred in Sweden since 1958. Since the cancer database is linked with a multiple-generation register, it is possible to track cancer cases among parents and siblings of patients.

A picture is available at the Internet:
www.dkfz.de/de/presse/pressemitteilungen/2010/images/Zucker.jpg