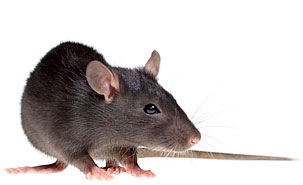 Despite its name, no biting is necessary as the infection can be contracted by a simple scratch or even a kiss from the pet. RBF is a systemic infection that carries a mortality rate of 7 to 10 percent if untreated.

In Canada, one adult and two paediatric cases of RBF have been reported since 2000. However, between January 2006 and September 2007, the CHU Sainte-Justine Hospital treated one confirmed case and two suspected cases.

“At the Division of Infectious Diseases, we were puzzled and concerned faced with such a high concentration of cases,” says Karine Khatchadourian, a Université de Montréal paediatrics resident who recently published her insights into RBF in Paediatrics & Child Health.

The children treated at CHU Sainte-Justine, a boy and two girls, all had a wide range of symptoms: high fever, abdominal pain, vomiting, severe headaches, diarrhea, stiffness and pain in the neck, wrists, hips, knees, as well as hemorrhagic pustules on the hands and feet. The three children were cured with a simple penicillin treatment.

“Diagnosing the disease remains very difficult,” says Khatchadourian. “It can easily be confused with various viral or bacterial infections such as meningococcemia, Lyme disease or Rocky Mountain spotted fever.”

“Paediatricians should ask the parents about pets,” says Khatchadourian. “And in the case of rats, they should explain the risks.” She questions whether pet stores and the SPCA should even sell the rodents. In her opinion, parents should stick to cats and dogs and steer clear of rats.

This is an English summary of an article originally published in French by Marie Lambert-Chan.
French version: Attention au rat qui mord!