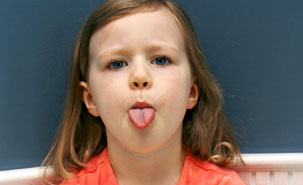 For some children, this trend will persist and become a character trait despite their parents’ best efforts to teach them obedience and respect for the rules. For some, it will be a precursor to violent and antisocial behaviors.

A new study concludes that a combination of genetic and environmental factors is at play. The longitudinal study was conducted on 597 pairs of twins who were tracked from the age of 20 months to 5 years of age.

The data was taken from the Quebec Longitudinal Study of Child Development and the Quebec Study of Newborn Twins. The data used for the research comprised of 238 pairs of identical twins (monozygotic) and 359 non-identical twins (dizygotic).
“By comparing the monozygotic and dizygotic data, we can better estimate the genetic and environmental contributions to the behavior than if we limited ourselves to studying one child per family,” says Tremblay.

In this type of work, the word “environment” means the physical, cultural and biological environment. The notion encompasses factors such as parent intervention and other events the child experiences, where he or she is raised, the resources available as well as the child’s specific biology other than his genetics. 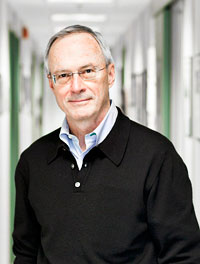 “The respect or disregard for rules appears relatively stable over a five year continuum and this stability is due to a strong genetic effect that results in children who are either more obedient or more disobedient,” says Tremblay. “However, the variation of disobedience in each child is correlated to environmental factors.”

He acknowledges that the comparison between monozygotic and dizygotic twins can only help identify broader trends regarding the respective contributions of genetic and environmental factors. “It is impossible to quantify with precision the respective contribution of one or the other, and the results must be interpreted as approximations,” says Tremblay. “However, studies exclusively using monozygotic twins are increasingly commonplace; seeing as the genetic effect is essentially identical, it makes it easier to single out the environmental effects who contrarily to genes are often variable.”

Petitclerc’s research demonstrated that problematic behaviors involving a disregard for rules are based on genetic factors that can be transmitted from generation to generation. Therefore, the research team believes it is imperative to preventively intervene starting during the pregnancy in order to improve parental expertise and avoid the cycle of problematic behaviors.