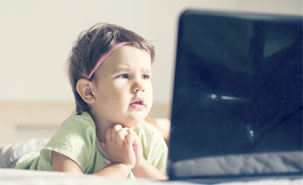 Pagani came to her conclusions by looking at 991 girls and 1006 boys growing up in Canada. The children’s TV watching habits were reported by their parents and their victimization in grade 6 was self-reported by the children themselves. Children were asked questions such as how often they had belongings taken away from them and how often they were verbally or physically abused. “Every standard deviation unit increase of 53 minutes in daily televiewing at 29 months predicted an 11% standard deviation unit increase in bullying by sixth grade classmates,” Pagani said. “This figure takes into account other confounding factors that might influence the likelihood that the child would be bullied, such as his behaviour and cognitive abilities and the characteristics of his family: their income, functioning, composition and the level of the mother’s education.”

Assuming that the programs watched are developmentally appropriate, the American Academy of Pediatrics recommends that daily screen time not extend beyond 1 to 2 hours per day for children age 2 and over. “The AAP recommendations particularly relate to quantity of televiewing time. There are only 24 hours in a day, and for children, half should be spent meeting basic needs – eating, sleeping, hygiene – and the remainder spent on enriching activities and relationships,” Pagani said. “Because play represents an unstructured activity that does not require direct compliance, it allows children to be creative and provides parents with a chance to get acquainted with how their children perceive and interact with others on a socioemotional level. Having a chance to interact also gives a chance to correct or promote certain social behaviors. Excessive viewing time during the early years can create a time debt for pursuits involving social play. This study underscores the importance of better parental awareness, acknowledgement, and compliance with existing recommendations put forth by the American Academy of Pediatrics.”

Linda Pagani is affiliated with the University of Montreal’s School of Psychoeducation and the research centre at CHU Sainte Justine. Senior and corresponding author Linda Pagani and her colleagues published “Too Much Television? Prospective Associations Between Early Childhood Televiewing and Later Self-Reports of Victimization By Sixth Grade Classmates” in the Journal of Developmental & Behavioral Pediatrics on July 17, 2015.