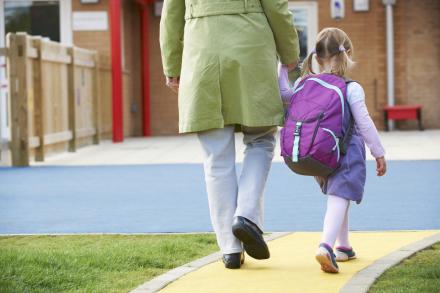 ANN ARBOR, Mich. — If your child’s preschool or child care were affected by a tornado, fire or violent situation, would you know the center’s emergency plan to keep the children as safe as possible?

For some parents, the answer may be no, according to a report today from University of Michigan’s C.S. Mott Children’s Hospital National Poll on Children’s Health.

In a recent poll, 39 percent of parents of children ages 0-5 say their child’s preschool or child care center has been affected recently by an emergency situation due to severe weather, a power outage, an evacuation or violent situation. However, only 37 percent are aware of an emergency plan for their center that is available online and just 39 percent say their center has a method of identifying children if an evacuation became necessary.

“Our poll raises serious questions about how informed parents are about the plans preschools and child care centers have in place to respond to emergencies. Many centers may be well prepared to handle these types of events, but emergency plans are much less likely to work if parents don’t know about them.”

Parents report that the following emergencies have affected their children’s preschool or child care center over the past two years:

Other findings parents report about emergency preparedness at their child’s preschool or child care center:

• 65 percent say their center stores emergency contact information and health information digitally, to permit easy retrieval in case of evacuation
• 65 percent are aware of a plan for rapid communication of an emergency evacuation (text, email or cell phone)
• 63 percent say their center has a process to confirm the identity of adults at pick up time if evacuation became necessary.
• 40 percent  report their child’s center has enough car seats or vehicles if evacuation became necessary

“As we have seen with natural disasters like Hurricane Katrina, emergency plans created to protect young children are critical. Any gaps in communication about these plans between parents and child care providers are concerning,” says Hashikawa. “The American Academy of Pediatrics strongly encourages all parents to learn what plans their child’s preschool or child care center has in place in case of an emergency and where to find this information. We want to ensure that parents and centers are on the same page when it comes to responding to unexpected events and that children may be safely reunited with parents as soon as possible.”

School Safety during Emergencies: What Parents Need to Know, American Academy of Pediatrics

Data Source: This report presents findings from a nationally representative household survey conducted exclusively by GfK Custom Research, LLC (GfK), for C.S. Mott Children’s Hospital via a method used in many published studies.  The survey was administered in May 2015 to a randomly selected, stratified group of parents age 18 and older with at least one child age 0-5 (n=264) attending a child care center or preschool. Parents were selected from GfK’s web-enabled KnowledgePanel® that closely resembles the U.S. population. The sample was subsequently weighted to reflect population figures from the Census Bureau. The survey completion rate was 55% among panel members contacted to participate. The margin of error is ± 5 to 8 percentage points.