To Survive in the Human Gut, Bacteria Need Genetic “Passcode”

Bacteria need an assortment of specialized genes to live in people’s intestines – and the composition of these genes varies from person to person. So efforts to improve microbiome health – including next-generation probiotics – may need to be individualized. 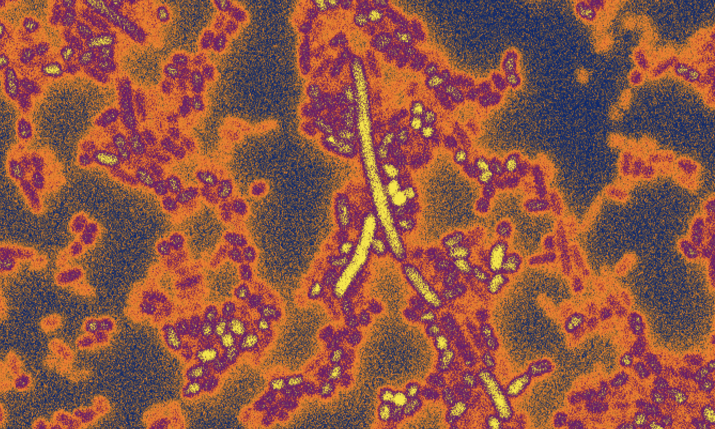 Many Bacteroides species (a mixture of five shown in this color-enhanced micrograph) reside in the human gut and secrete toxins that bacteria must neutralize to survive. Credit: Kevin Cutler/Mougous Lab/UW/HHMI

Humans’ guts are a dangerous place.

Bacteria living in people’s intestines pump out toxins to deter microbial intruders. But each person’s gut comes with its own set of toxins – an individualized “passcode” microbes must solve to survive, scientists report October 30, 2019, in the journal Nature.

The findings suggest that there’s not a one-size-fits-all approach to probiotics or live biotherapeutics, the microbial supplements that promote the growth of healthy bacteria, says study coauthor Joseph Mougous, a Howard Hughes Medical Institute (HHMI) Investigator at the University of Washington (UW). His team’s work is an early step toward figuring out how scientists might instead tailor beneficial microbes to different people.

“Manipulating gut microbes to promote health holds lots of promise,” he says, “but the rules for colonizing the gut are unclear.” Now, scientists have a better idea of what it takes for a bacterium to take up residence.

The human gut is rife with bacteria. Feces contains about 100 billion bacterial cells per gram, and gut bacteria outnumber human cells 10 to 1. These microbes, collectively called the gut microbiome, take on all sorts of maintenance-type work, Mougous says. They digest food, keep the gut’s surface intact, provide vitamins, and kick bad bacteria out. “The gut microbiome is very important for human health – that much we certainly know,” he says. 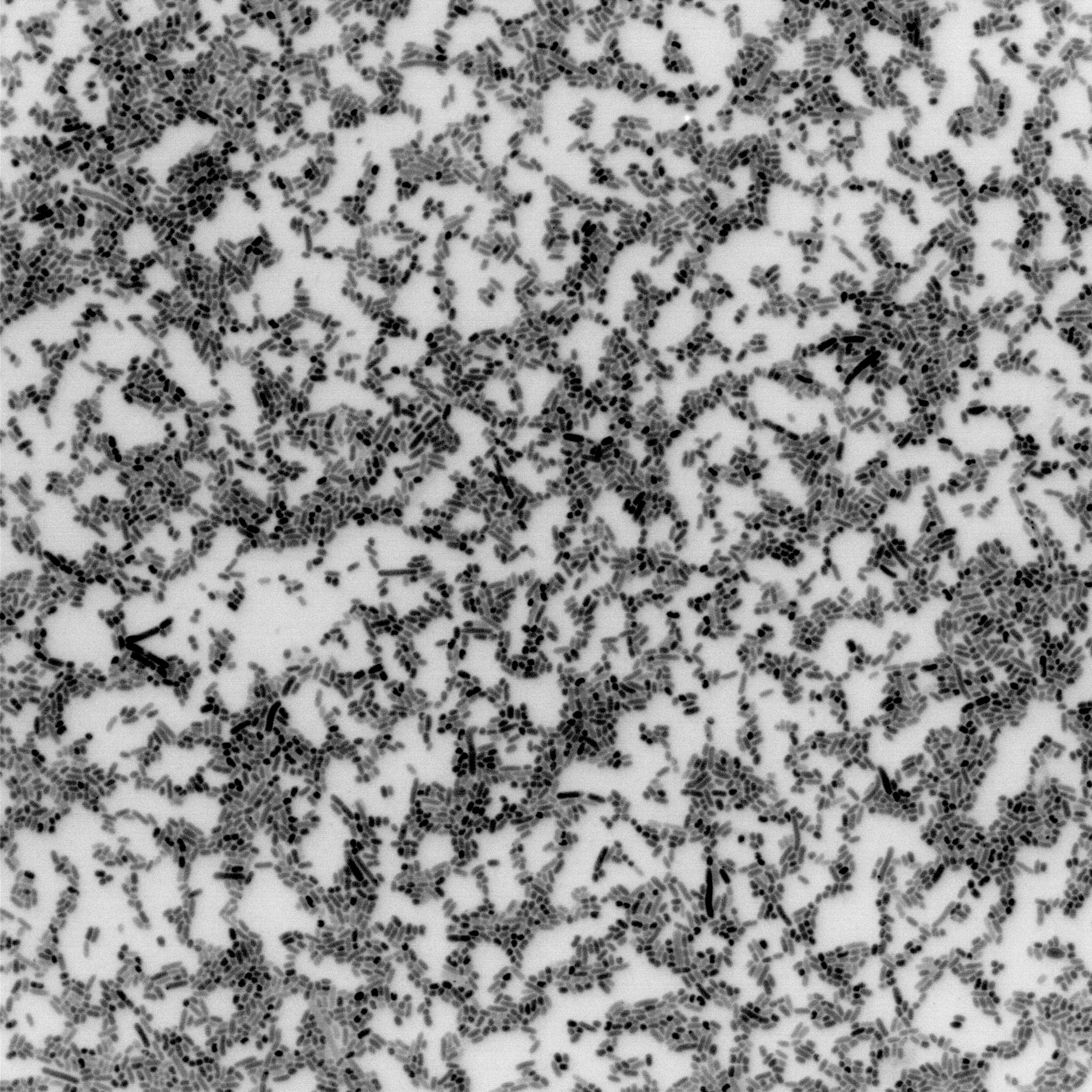 Over the last decade, Mougous’s team has worked out the details of a bacterial defense mechanism called the type VI secretion system. It’s like a molecular syringe that slams toxins into neighboring cells. The toxins break down cell walls, cleave membranes, and chew up cells’ energy source. “They’re pretty insidious,” he says.

Bacteria use immunity genes to neutralize these toxins and protect themselves. Invaders that lack the right genes get booted from the gut. Mougous’s team had thought that toxin and immunity genes came together in pairs, like a lock and key. But an analysis of data from more than 1,000 human fecal samples revealed something surprising.

Immunity genes from the gut bacteria Bacteroides fragilis vastly outnumbered toxin genes. All those extra immunity genes, the team discovered, actually belonged to other bacteria. Those bacteria had stolen B. fragilis’s genes to protect themselves from its toxins. That means the genes must be crucial for bacteria to survive in the gut, Mougous says – something scientists hadn’t known before.

Mougous’s team, including microbiologist Benjamin Ross, worked with UW’s Elhanan Borenstein on the genomic analysis. Borenstein has since moved to Tel Aviv University, and Ross is now at Dartmouth College. “This collaboration was a lot of fun because it took both of our groups into new areas,” Mougous says.

Experiments in the lab showed that the immunity genes cluster together on stretches of DNA that can jump from bacterial strain to bacterial strain. In lab dishes and in living mice, bacteria given these genes immediately became resistant to B. fragilis’s toxins.

The results could help explain why it’s so hard for people to tinker with their microbiome compositions, he says. “Generalized approaches for colonizing the gut with certain bacteria may never succeed – and may need to be individualized.”

This paper was originally published as a preprint on bioRxiv.