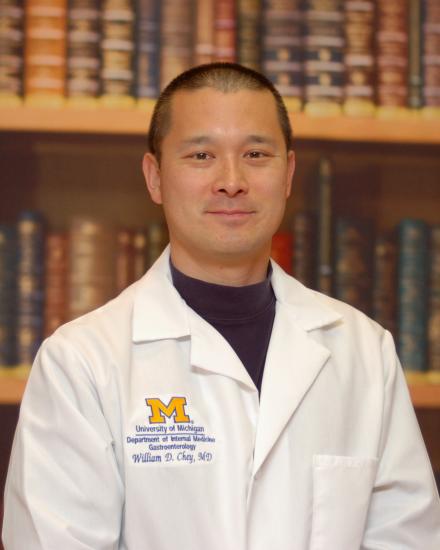 ANN ARBOR, Mich. — A drug called linaclotide may offer relief from symptoms of irritable bowel syndrome with constipation (IBS-C) according to two studies published by University of Michigan Health System gastroenterologist William D. Chey and colleagues Satish Rao and Jeffrey M. Johnston this week in the American Journal of Gastroenterology.

These results, reported from Phase III clinical trials, indicate that linaclotide relieves abdominal pain and increases stool frequency in a safe and effective manner in a large number of tested patients.

Affecting 10 percent to 15 percent of the North American population, IBS-C is characterized by abdominal pain and altered defecation. Two double-blind studies suggest that linaclotide, a drug thought to work through stimulating chloride and water secretion and reducing activity of visceral pain fibers, appears to be safe and effective in managing the symptoms of IBS-C.

One study followed 804 patients for a period of 26 weeks, while the other evaluated 800 patients for 12 weeks, followed by a 4-week randomized withdrawal period. In both placebo-controlled studies, linaclotide-treated patients showed statistically significant and maintained improvements in abdominal pain and stool frequency− along with improvements in abdominal discomfort, fullness, cramping, and bloating − compared to the placebo-treated counterparts.

During the withdrawal period in the second study, patients remaining on linaclotide showed continued improvement, whereas those who began taking placebos showed return of symptoms, but did not experience worsening of symptoms beyond baseline levels.

Given the reported patient dissatisfaction with the limited number of current treatments available, linaclotide has the potential to appease the multiple symptoms from which patients with IBS-C suffer.