Bringing together scientists and clinicians from nine leading centres in Europe to further understand the disease, the €6 million Elucidating Pathways of Steatohepatitis (EPoS) programme has been funded by the first round of the European Union Horizon 2020 framework for health research and innovation.

This will be the largest ever study of its kind to connect research from across the continent in liver disease, which is hoped will enable a greater understanding into the genetic and environmental factors linked to the development of the life-threatening illness.

NAFLD is caused by a build-up of fat in the liver cells and the condition is strongly linked to obesity and type 2 diabetes. It is estimated that 20% to 25% of Europe’s population suffer from the condition, including up to 33% of the UK’s population. With so many at risk, a key challenge is identifying those people that will be most severely affected and progress to liver cirrhosis or cancer so that healthcare can be focused on patients who need it most.

He said: “Non-alcoholic fatty liver disease is a condition that is going to be the most common cause for liver transplantation in many countries within a decade, overtaking alcohol-related liver disease and viral hepatitis.

“It is a major public health challenge. This research will bring together experts from centres across Europe to explore the subtle differences between people that influence why some patients are more severely affected by the condition than others.

“At the moment there are no licensed medicines to treat non-alcoholic fatty liver disease, and so advice to patients at present is simply go on a diet. By understanding the disease processes better we hope that this study will allow us to develop new diagnostic tests, and enable us to identify new targets for treatment so that we can devise better drugs in the future.”

More than 350 research programmes working across a variety of common diseases applied for a European Horizon 2020 grant in this round of funding, with only the best 2.5% being successful.  After evaluation by independent experts, the EPoS project was ranked as one of the top proposals with a maximum score of 15 out of 15. In particular, the clear, pertinent, comprehensive objectives and high standards of excellence were highlighted by the experts.

People with NAFLD from across Europe will take part in the study, providing samples that will allow scientists to assess subtle genetic and epigenetic differences, alterations in liver gene expression, and changes in metabolism as well as the bacteria in the bowel using technologies to integrate all the information and model the disease biology – the first time that such a detailed analysis has been performed on a single large group of people.

Research into NAFLD is growing in importance as obesity rates continue to rise, and almost a third of obese people have the disease. It is estimated that in European Union countries obesity affects 10% to 30% of adults.

He said: “The Liver Group in Newcastle University’s Faculty of Medical Sciences and Newcastle Hospitals NHS Foundation Trust have been performing pioneering research into NAFLD for the past 25 years, making a number of important discoveries that have influenced patient management worldwide.

“This exciting project builds on this body of work and provides a fantastic opportunity to better understand this complex disease and therefore develop better prevention and treatment strategies for the growing number of patients developing and succumbing to the more serious forms of the disease, such as liver cirrhosis and cancer.”

Dr Anstee said the patients involved in the project will be some of the most highly characterized individuals ever.

John Bedlington, chairman of the North East charity LIVErNORTH, said: “LIVErNORTH has supported research into liver disease since our foundation more than 20 years ago. We are very supportive of the European study of non-alcoholic fatty liver disease, which we believe is not only timely but very necessary.

“We are confident that there will be some very positive outcomes from this research which will prove to be of benefit to liver patients, their carers, families and to public health.”

The 68-year-old grandmother was diagnosed with the condition more than a decade ago and the disease is likely to have been brought on by her type 2 diabetes.

She said:  “I’m so excited that this research is being undertaken, as it offers real hope to people with non-alcoholic fatty liver disease that there will be new treatments identified for this condition in the future.

“It’s absolutely wonderful that this research is going to help not just me, but lots of other people with non-alcoholic fatty liver disease, and I’m all for studies that gain a better understanding into this disease.”

• Non-alcoholic fatty liver disease is one of the biggest public health challenges facing modern times as it affects up to 20% to 25% of the European population.

• The condition is usually seen in people who are obese or overweight.

• Non-alcoholic fatty liver disease is generally seen in people who are aged around 40 and over, but also in younger people.

• There are currently no medicines to treat non-alcoholic fatty liver disease. Patients are usually given advice to make lifestyle changes such as lose weight and exercise more.

• Experts estimate that non-alcoholic fatty liver disease will be the most common cause of liver transplantation in the UK within a decade. 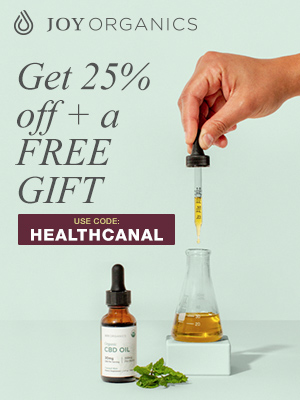