For adolescents hospitalized with anorexia nervosa, higher calorie diets produce twice the rate of weight gain compared to the lower calorie diets that currently are recommended, according to a study by researchers at UCSF Benioff Children’s Hospital.

The findings will be published in the November issue of the Journal of Adolescent Health along with an accompanying editorial and two supporting studies, challenging the current conservative approach to feeding adolescents with anorexia nervosa during hospitalization for malnutrition. 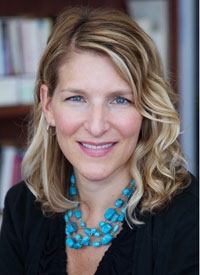 “These findings are crucial to develop evidence-based guidelines for the treatment of young people suffering from malnutrition related to anorexia nervosa,” said Andrea Garber, PhD, RD, associate professor of pediatrics in the Division of Adolescent Medicine at UCSF Benioff Children’s Hospital.

“This is the first study to follow patients in the hospital on a more aggressive feeding protocol, and it’s clear that we’re seeing better results as compared to the traditional approach,” said Garber, who led the research with colleagues in the UCSF Adolescent Eating Disorders Program.

The American Psychiatric Association, American Dietetic Association and others recommend starting with about 1,200 calories per day and advancing slowly by 200 calories every other day. This “start low and go slow” approach is intended to avoid refeeding syndrome – a potentially fatal condition resulting from rapid electrolyte shifts, a well-known risk when starting nutrition therapy in a starving patient.

In 2011, Garber and her colleagues published a study that was the first to show that adolescents on these lower-calorie diets had poor outcomes, including initial weight loss followed by poor weight gain and long hospital stays.

“That study showed that the lower-calorie diets were contributing to the so-called ‘underfeeding syndrome’ and are just too conservative for most of the adolescents that we hospitalize,” said Garber. “Now we’ve compared a higher-calorie approach and found that it dramatically increases the rate of weight gain and shortens hospital stay.”

When comparing the two groups, the rate of weight gain was almost double on higher- versus lower-calorie diets, and patients receiving more calories were hospitalized for an average of seven fewer days, without an increased risk of refeeding syndrome.

“This higher calorie approach is a major shift in treatment that looks really promising – not only from a clinical perspective of better weight gain, but from the perspective of these young people who want to get better quickly and get back to their ‘real’ lives,” Garber said.

Since 2008, the UCSF Adolescent Eating Disorders Program has been starting patients on a higher calorie approach in response to the emerging research from Garber and her colleagues.

About UCSF Benioff Children’s Hospital
UCSF Benioff Children’s Hospital creates an environment where children and their families find compassionate care at the forefront of scientific discovery, with more than 150 experts in 50 medical specialties serving patients throughout Northern California and beyond. The hospital admits about 5,000 children each year, including 2,000 babies born in the hospital. For more information, visit http://www.ucsfbenioffchildrens.org/.