A good night’s sleep may be in sight

Researchers plan to develop new sleep disorder treatments based on new 3D models of two melatonin cell receptors created by an international team. The studies were published in Nature this week.

A third of all Americans have difficulty with sleeping, and many of them turn to melatonin supplements to catch some Zs. However, scientists don’t fully understand melatonin’s role in the biological clock, which has made it difficult to develop drugs for sleep disorders without several side effects.

Now an international team of scientists has shed much-needed light on melatonin’s effects, opening the door to the development of new drugs for sleep disorders — and other health issues affected by melatonin. They determined 3D models of the tiny antennae — called receptors — on the surface of cells that synchronize the body’s internal clock with the day and night cycle.

“Our goal is to provide the structural information to other researchers who can use it for designing new drug compounds or study mutations of these receptors in patients,” said corresponding author Vadim Cherezov, a scientist at the Bridge Institute at USC Michelson Center for Convergent Bioscience.

Creating the 3D maps of the two melatonin receptors, MT1 and MT2, is critical for understanding how the biological clock works. The scientists can use this information to design drug molecules that bind to the melatonin receptors and monitor the potential effects. The benefits could go beyond improving sleep.

“There have been several mutations identified in the MT2 receptor that are associated with type 2 diabetes,” said Linda Johansson, a research associate at the Bridge Institute and at USC Dornsife’s Department of Chemistry. “That also would be important to understand.”

These 3D models also enable the scientists to improve the efficiency of potential new drug treatments and reduce their side effects, even before they begin testing them in animal studies.

The findings on the melatonin receptors were published on Wednesday, April 24, in the journal Nature.

Melatonin comes from the ‘soul’

Melatonin is generated in the center of the brain by the pineal gland, once described by the philosopher Descartes as the “soul” of the brain and body. 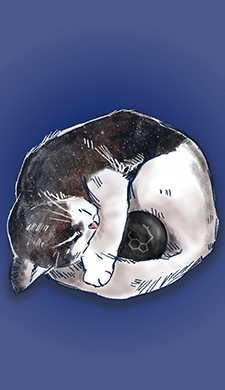 Humans respond naturally to daylight changes through the pineal gland, near the hypothalamus. As night falls, the gland produces more melatonin, which then binds to the MT1 and MT2 receptors of the cells. Before dawn, the gland decreases melatonin levels, signaling that it’s time to wake.

MT1 and MT2 are among an estimated 800 receptors in the human body. These receptors, known as “G protein-coupled receptors,” (GPCRs) appear on the surface of a cell. They act as a sort of email inbox, relaying information into the cell to set off a cascade of activity.

About a third of all drugs on the market are designed to bind with GPCRs. Each receptor has a different role in regulating functions in the body, many of which are critical for basic survival, such as hunger and reproductivity. The bulk of these receptors also have some role in the human olfactory system — taste and smell.

Scientists around the world have obtained structures of less than one tenth of these receptors so far. MT1 and MT2 are among the latest.

Having models of their structures could have implications beyond circadian rhythms. “The MT1 and MT2 receptors certainly regulate other processes,” said Benjamin Stauch, a research associate at the Bridge Institute and at USC Dornsife’s Department of Chemistry.

“For example, they modulate the immune system, reproductive functions and they are associated with some cancers.”

“By comparing the 3D structures of the MT1 and MT2 receptors, we can better discern the unique, structural differences that distinguish the two receptors from each other — and their roles in the biological clock,” said Wei Liu of Arizona State University’s Biodesign Institute. “Armed with this knowledge, it becomes easier to design drug-like molecules that will bind to only one receptor or the other, but not both. This selective binding is important as it will minimize unwanted side-effects.”

The study is the result of a collaboration among scientists at USC, Arizona State University’s Biodesign Institute and Department of Physics, SLAC National Accelerator Laboratory, University of Buffalo, University of North Carolina, and the Université de Lille in France.