ANN ARBOR, Mich. — There’s a cast of characters deep inside your ears — many kinds of tiny cells working together to allow you to hear. The lead actors, called hair cells, play the crucial role in carrying sound signals to the brain.

This microscopic view of cells deep within the ear of a newborn mouse show in red and blue the supporting cells that surround the hair cells (green) that send sound signals to the brain. New research shows that the supporting cells can regenerate if damaged in the first days of life, allowing hearing to develop normally. This gives new clues for potential ways to restore hearing. Image credit: Guoqiang Wan, Univ. of Michigan.

But new research shows that when it comes to restoring lost hearing ability, the spotlight may fall on some of the ear’s supporting actors – and their understudies.

In a new paper published online first by the Proceedings of the National Academy of Sciences, researchers from the University of Michigan Medical School, St. Jude Children’s Research Hospital and colleagues report the results of in-depth studies of these cells, fittingly called supporting cells.

The research shows that damage to the supporting cells in the mature mouse results in the loss of hair cells and profound deafness. But the big surprise of this study was that if supporting cells are lost in the newborn mouse, the ear rapidly regenerates new supporting cells – resulting in complete preservation of hearing. This remarkable regeneration resulted from cells from an adjacent structure moving in and transforming into full-fledged supporting cells. 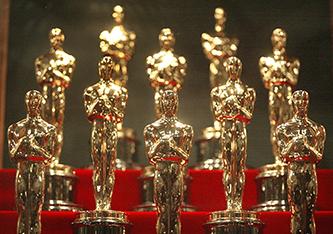 The inner ear’s supporting cells appear to function
like ranks of supporting actors, and their understudies
— ready to support the lead actors, the hair cells that
send sound impulses to the brain.

It was as if a supporting actor couldn’t perform, and his young understudy stepped in suddenly to carry on the performance and support the lead actor — with award-winning results.

The finding not only shows that deafness can result from loss of supporting cells — it reveals a previously unknown ability to regenerate supporting cells that’s present only for a few days after birth in the mice.

If scientists can determine what’s going on inside these cells, they might be able to harness it to find new approaches to regenerating auditory cells and restoring hearing in humans of all ages. 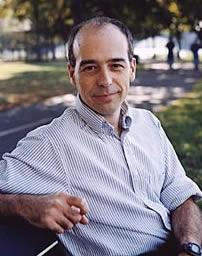 “And now, we’ve found that there’s an intrinsic regenerative potential in the very early days of life that we could harness as we work to cure deafness,” continues Corfas, who is a professor in the U-M Department of Otolaryngology. “This is relevant to many forms of inherited and congenital deafness, and hearing loss due to age and noise exposure. If we can identify the molecules that are responsible for this regeneration, we may be able to turn back the clock inside these ears and regenerate lost cells.”

In the study, the “understudy” supporting cells found in a structure called the greater epithelial ridge transformed into full-fledged supporting cells after the researchers destroyed the mice’s own supporting cells with a precisely targeted toxin that didn’t affect hair cells. The new cells differentiated into the kinds that had been lost, called inner border cells and inner phalangeal cells.

“Hair cell loss can be a consequence of supporting cell dysfunctional or loss, suggesting that in many cases deafness could be primarily a supporting cell disease,” says Corfas. “Understanding the mechanisms that underlie these processes should help in the development of regenerative medicine strategies to treat deafness and vestibular disorders.”

Making sure that the inner ear has enough supporting cells, which themselves can transform into hair cells, will be a critical upstream step of any regenerative medicine approaches, he says.

Corfas and his colleagues continue to study the phenomenon, and hope to find drugs that can trigger the same regenerative powers that they saw in the newborn mice.

The research was a partnership between Corfas’ team at U-M and that of Jian Zuo, Ph.D., of St. Jude, and the two share senior authorship. Marcia M. Mellado Lagarde, Ph.D. of St. Jude and Guoqiang Wan, Ph.D., of U-M are co-first authors. Additional authors are LingLi Zhang of St. Jude, Corfas’ former colleagues at Harvard University Angelica R. Gigliello and John J. McInnis; and Yingxin Zhang and Dwight Bergles, both of Johns Hopkins University.