Age-related macular degeneration (AMD) is the most frequent cause of blindness in the Western World. A report from the University of Copenhagen and Glostrup Hospital in Denmark published today shows the number of new cases of blindness and severe visual loss in Denmark has been halved during the last ten years. 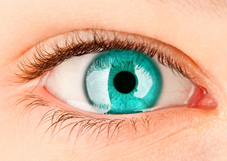 The study just published in American Journal of Ophthalmology examined the records of 11,848 new cases of legal blindness. The rate of blindness from AMD fell from 522 cases per million inhabitants aged 50 years or older in 2000, to 257 cases per million in 2010, a reduction by over 50 per cent.

The bulk of the decrease occurred after 2006, following the introduction of new effective treatment for wet AMD, which is characterised by leaking blood vessels having formed under the fovea. The treatment consists of repeated injections into the eye of a medication that inhibits the signalling molecule vascular endothelial growth factor (VEGF).

The observations from Denmark were published together with a corroborating report from Israel that found comparable changes in the incidence of legal blindness in that country. Read the report “Time Trends in the Incidence and Causes of Blindness in Israel“.

Current treatment of wet AMD, also called neovascular AMD, consists of repeated injections into the vitreous, an inner compartment of the eye, of a medication designed to inhibit the action of VEGF. VEGF is a distress signal released from ailing cells of the aging retina. VEGF can cause formation of brittle blood vessels that leak blood and cause scar formation under the fovea. The fovea is central area of the retina where reading vision is located. Wet AMD is a very frequent cause of loss of reading vision.

One of the authors behind the Danish study, Michael Larsen, Professor of Clinical Ophthalmology at the University of Copenhagen, is excited about the results.

”The massive implementation of modern wet AMD therapy has been a challenge. It is therefore very important that we can now show an impact on public health and it is wonderful to see a reduction in severe visual loss. The study did not examine moderate visual loss, but there are undoubtedly also a lot of people who avoided loosing their drivers licence and their reading vision,” says Michael Larsen.

A turning point in eye care

The data for the study is provided by Danish Association of the Blind, which membership enrolment during the period of 2000-2010 was charted and categorised by diagnoses.

”The reduction in new cases of blindness is a turning point for eyecare in Denmark. We look forward to seeing further progress in eye research, especially in the hereditary eye diseases that cause blindness in children and young adults,” says Thorkild Olesen, Chairman of the Danish Association of the Blind.