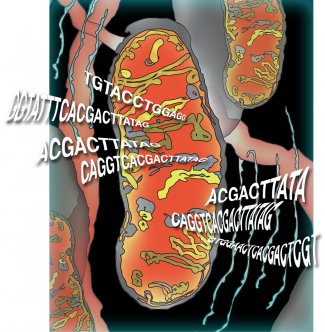 An infant lies sick in the neonatal intensive care unit. A clinician weighs the pros and cons of an invasive muscle biopsy. Parents scour the internet, looking up symptoms and searching for diagnostic tests. This is the chaotic world that families and physicians find themselves in as they follow the path toward a mitochondrial disorder diagnosis.

Sarah Calvo, Vamsi Mootha, and their colleagues at the Broad Institute, Massachusetts General Hospital, and elsewhere want to reduce the length and uncertainty of this diagnostic journey. Several years ago, as part of the MitoCarta project, they cataloged all of the proteins that make up the mitochondria – the tiny but critical engines that churn out the energy cells need and perform many other critical functions. The team is also working on a new project known as “MitoExome sequencing,” which uses new technologies known as next-generation sequencing (NGS) to decode all of the mitochondrial genes in patients, helping pinpoint the genetic abnormalities that lead to disease. A paper detailing their most recent study, which looked at more than 1,000 mitochondrial genes in 42 infants, reveals both the potential and the difficulties of DNA sequence-based diagnoses of mitochondrial diseases. Their results appear online January 25 in Science Translational Medicine.

“What we’re hoping from this new technology is to be able to replace the current diagnostic journey that involves many specialists and a lot of diagnostic time with a single test, either of the blood or affected tissue,” said Calvo, a senior computational biologist at the Broad Institute and first author of the paper. “We asked, based on the genetic analysis of this sample, do we have a very high confidence that this is the diagnosis for this patient?”

In addition to improving genetic diagnosis, the researchers see this work as laying a foundation for better understanding the underlying causes of mitochondrial diseases, which affect at least 1 in 5,000 live births. “Our long-term vision is to develop novel therapeutics with companion diagnostics,” said Mootha, a senior author of the paper and senior associate member at the Broad Institute and physician-scientist at Massachusetts General Hospital. “These are uniformly fatal diseases. There isn’t a single proven therapy. This is what motivates us.”

The research team looked at genetic sequences from 42 infants who had been diagnosed with mitochondrial disorders based on clinical and biochemical evidence (currently, the gold standard for diagnosis involves taking a sample of muscle tissue and examining cells or measuring enzyme activity). The team specifically chose “tougher” cases to study – patients for whom traditional genetic diagnosis had not yielded answers. In one quarter of these patients, the researchers were able to immediately establish a firm diagnosis based on mutations in genes previously linked to mitochondrial disorders.

“For a quarter of the patients where molecular diagnosis wasn’t possible before, we can pretty easily find the diagnosis now,” said Calvo. Based on further analysis, the team estimates that next-generation sequencing could be used to establish a diagnosis for about half of the general population of infants with mitochondrial disorders. As the database of genome variation expands, so will their ability to diagnose infants with these diseases.

“But this is a caution as well,” said Calvo. “This technology is not going to immediately solve all of the cases.”

Researchers estimate that mutations in more than 200 different mitochondrial genes could give rise to mitochondrial diseases, but to date, only about 100 of these disease genes have been identified. Many efforts are currently underway to firmly establish more disease genes, including studies of large families with mitochondrial disorders, laboratory experiments that test genetic mutations in cellular models, and studies of large groups of patients with exquisitely similar disease symptoms.

By looking at approximately 1,000 mitochondrial genes, the research team found mutations in genes not previously linked to disease in an additional thirteen patients. For the other half of the patients studied, the genetic mutations causing mitochondrial disorders remain unknown.

One of the study’s goals, Calvo explains, is to empower and inform clinicians. “Companies are beginning to offer sequencing services, and many patients are asking their physicians about them, but clinicians are wary,” Calvo said. “But now that studies like this are being published, clinicians can come back to their patients and explain what they can expect.”

Now that the team has looked at how well MitoExome sequencing applies to infant cases of mitochondrial diseases, they will apply the same technique in adults who develop the disease later in life. A study of adult cases is currently underway.

For this project, and many others, the Boston and Cambridge-based research team collaborated with David Thorburn’s research group in Australia. The Thorburn laboratory has expertise in diagnosing mitochondrial diseases and translating a deeper understanding of mitochondrial disease mutations into prenatal diagnosis and prevention. Other Broad researchers who contributed to this work include Steve Hershman, Daniel Lieber, and David Jaffe.