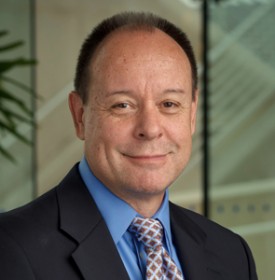 The research finds that deleting the Nf1 gene in mice results in long-lasting improvements in neurogenesis, which in turn makes those in the test group more sensitive to the effects of antidepressants.

“The significant implication of this work is that enhancing neurogenesis sensitizes mice to antidepressants – meaning they needed lower doses of the drugs to affect ‘mood’ – and also appears to have anti-depressive and anti-anxiety effects of its own that continue over time,” said Dr. Luis Parada, director of the Kent Waldrep Center for Basic Research on Nerve Growth and Regeneration and senior author of the study published in the Journal of Neuroscience.

Just as in people, mice produce new neurons throughout adulthood, although the rate declines with age and stress, said Dr. Parada, chairman of developmental biology at UT Southwestern. Studies have shown that learning, exercise, electroconvulsive therapy and some antidepressants can increase neurogenesis. The steps in the process are well known but the cellular mechanisms behind those steps are not.

“In neurogenesis, stem cells in the brain’s hippocampus give rise to neuronal precursor cells that eventually become young neurons, which continue on to become full-fledged neurons that integrate into the brain’s synapses,” said Dr. Parada, an elected member of the prestigious National Academy of Sciences, its Institute of Medicine, and the American Academy of Arts and Sciences.

The researchers used a sophisticated process to delete the gene that codes for the Nf1 protein only in the brains of mice, while production in other tissues continued normally. After showing that mice lacking Nf1 protein in the brain had greater neurogenesis than controls, the researchers administered behavioral tests designed to mimic situations that would spark a subdued mood or anxiety, such as observing grooming behavior in response to a small splash of sugar water.

The researchers found that the test group mice formed more neurons over time compared to controls, and that young mice lacking the Nf1 protein required much lower amounts of anti-depressants to counteract the effects of stress. Behavioral differences between the groups persisted at three months, six months and nine months. “Older mice lacking the protein responded as if they had been taking antidepressants all their lives,” said Dr. Parada.

“In summary, this work suggests that activating neural precursor cells could directly improve depression- and anxiety-like behaviors, and it provides a proof-of-principle regarding the feasibility of regulating behavior via direct manipulation of adult neurogenesis,” Dr. Parada said.

Dr. Parada’s laboratory has published a series of studies that link the Nf1 gene – best known for mutations that cause tumors to grow around nerves – to wide-ranging effects in several major tissues. For instance, in one study researchers identified ways that the body’s immune system promotes the growth of tumors, and in another study, they described how loss of the Nf1 protein in the circulatory system leads to hypertension and congenital heart disease.

The current study’s lead author is former graduate student Dr. Yun Li, now a postdoctoral researcher at the Massachusetts Institute of Technology. Other co-authors include Yanjiao Li, a research associate of developmental biology, Dr. Renée McKay, assistant professor of developmental biology, both of UT Southwestern, and Dr. Dieter Riethmacher of the University of Southampton in the United Kingdom.