Red dye in mouse stem cells shows how vitamin C targets bits of DNA to release the brakes on gene activation. The left image shows the cells without vitamin C, and the right image shows the effect of vitamin C after 12 hours. Images courtesy of Kathryn Blaschke and Kevin Ebata.

Vitamin C affects whether genes are switched on or off inside mouse stem cells, suggesting that it could may play a fundamental role in helping to guide normal development in mice, humans and other animals, a team led by UC San Francisco researchers has discovered. 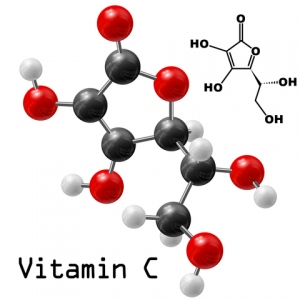 The researchers found that vitamin C assists enzymes that play a crucial role in releasing the brakes that keep certain genes from becoming activated in the embryo soon after fertilization, when egg and sperm fuse.

The discovery might eventually lead to the use of vitamin C to improve results of in vitro fertilization, in which early embryos now are typically grown without the vitamin. It also could help treat cancer, in which tumor cells abnormally engage or release these brakes on gene activation.

The researchers’ study was published June 30 in the journal Nature.

In the near term, stem cell scientists may begin incorporating vitamin C more systematically into their procedures for growing the most healthy and useful stem cells, according to UCSF stem cell scientist Miguel Ramalho-Santos, PhD, who led the study. In fact, the unanticipated discovery emerged from an effort to compare different formulations of the growth medium, a kind of nutrient broth used to grow mouse embryonic stem cells in the lab.

A Successful Accident in the Lab

Rather than building on any previous body of scientific work, the identification of the link between vitamin C and the activation of genes that should be turned on in early development was serendipitous, Ramalho-Santos said. “We bumped into this result,” he said. 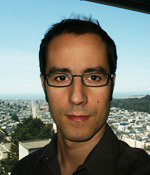 The brakes on gene activation that vitamin C helps release are molecules called methyl groups. These methyl groups are added to DNA at specific points along the genome to prevent specific genes from getting turned on.

During the development of multicellular organisms – humans among them – different patterns of methylation arise in different cells as methyl groups are biochemically attached to DNA at specific points along the genome during successive cell divisions. Normally this gradual methylation, a key part of the developmental program, is not reversible.

But after fertilization and during early development, a class of enzymes called “Tet” acts on a wide array of the methyl groups on the DNA to remove these brakes, so that genes can be activated as needed.

The UCSF researchers demonstrated that Tet enzymes require vitamin C for optimal activity as they act to remove the methyl groups from the DNA and to stimulate gene activity that more faithfully mimics in cultured stem cells what occurs at early stages of development in the mouse embryo.

“Potential roles for vitamin C in the clinic — including in embryo culture media used during in vitro fertilization, which currently do not contain vitamin C, and in cancers driven by aberrant DNA methylation — deserve exploration,” Ramalho-Santos, said.

In addition, scientists previously have found that many adult tissues also have stem cells, which can generate a variety of cell types found within a specific tissue. This raises the possibility that vitamin C might help maintain healthy stem cell populations in the adult, according to Ramalho-Santos.

“Although we did not in this paper address the function of Vitamin C in adult tissues, given the roles that Tet enzymes are now known to play in adult tissues, we anticipate that Vitamin C might also regulate Tet function in the adult,” Ramalho-Santos said. “This remains to be determined.”

The Power of Vitamin C

Vitamin C already has become a popular supplement in recent decades, and potential health benefits of vitamin C supplementation continue to be investigated in clinical trials. It has been more than 80 years since vitamin C was first recognized as vital to prevent scurvy, a now-rare connective-tissue disease caused by the failure of another enzyme that also relies on vitamin C.

The function of vitamin C as an antioxidant to prevent chemical damage is the likely reason why some commercial suppliers of growth media have included it in their products, Ramalho-Santos said, but other antioxidant molecules cannot replace Vitamin C in the enhancement of the activity of Tet enzymes.

Despite its importance, humans, unlike most animals and plants, cannot synthesize their own Vitamin C and must obtain it through their diet. The mouse makes vitamin C, but that fact does not diminish the expectation that the new findings will also apply to human development, according to Ramalho-Santos. Only adult liver cells in the mouse make vitamin C, he said.

Ramalho-Santos now aims to explore the newly discovered phenomenon in the living mouse. “The next step is to study vitamin C and gene expression in vivo,” he said.