Yet several years after the therapy, the researchers also observed an increased incidence of acute leukemia among the patients. 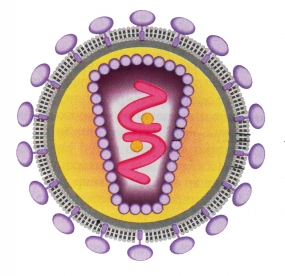 Wiskott-Aldrich syndrome, first described in 1937 by Alfred Wiskott at the Dr. von Haunerschen Children’s Hospital in Munich, is characterized by an increased susceptibility to infections, bleeding and tumor diseases. So far, the only known cure involves transplanting hematopoietic stem cells from a related or unrelated donor. However, this treatment is associated with a high risk of rejection, particularly if a well-matched donor is not available.

From 2006 to 2009, ten children with the disease who could not be conventionally treated were included in an experimental clinical trial examining the therapeutic effectiveness of stem cell gene therapy. This method takes hematopoietic stem cells from a child’s own blood and uses retroviral gene “ferries” to modify them and correct the genetic defect. The genetically corrected stem cells are subsequently transplanted back to the same patient.

“The affected children in the study came from all over the world, from the U.S.A., Australia and several European countries, because they didn’t find help in their home countries,” says Dr. Christian Braun, first author of a current publication in the journal “Science Translational Medicine.”

“The good clinical outcomes came as a big surprise to the children, the parents and to us doctors. The disease symptoms disappeared and we were able to prove in the lab that the blood cells had been genetically corrected and were now functioning flawlessly,” said Braun. Unfortunately, after several years it became apparent that the method was accompanied by side effects. Seven out of ten patients developed acute lymphocytic leukemia or acute myeloid leukemia. Comprehensive genetic investigations revealed that the modified genes had been ferried into the stem cell genome in a way that caused cancer genes (oncogenes) to become active.

A team of researchers headed by Dr. Anna Paruzynski, Dr. Manfred Schmidt and Professor Christof von Kalle from the National Center for Tumor Diseases (NCT) Heidelberg and the German Cancer Research Center (Deutsches Krebsforschungszentrum, DKFZ) carefully studied molecular analyses of the patients’ genomes conducted after the gene therapy: “We think that the classic retroviral gene ferries used in this trial contributed to the development of leukemia. Yet a number of questions remain open. Further studies will have to show how the genetic modifications that result from the gene transfer contribute to the onset of leukemia, as well as any contributions made by the underlying hereditary disease. In any case, there is no doubt that these cases will enable us to learn a lot about how leukemia develops.”

Developing new methods for gene therapy is a long process. Studies of the first ten patients in this trial have helped reveal important aspects of the efficacy and limits of gene therapy. “We will now try to enhance the method to achieve a high effectiveness coupled with a significantly lower risk for patients,” comments Christoph Klein, Director of the Department of Pediatrics at the Dr. von Haunerschen Children’s Hospital of Munich University and principal investigator of the clinical trial.

The affected children continue to be treated by the team of physicians in Munich and their colleagues. The international Care-for-Rare Foundation of the Dr. von Haunerschen Kinderspital, devoted to children with rare diseases, helps raise funds to finance the expensive leukemia therapy for the foreign patients. Eight of the ten trial patients are well today, while two died as a result of complications that occurred in the course of transplantations from unrelated donors.