LA JOLLA–A study tying the aging process to the deterioration of tightly packaged bundles of cellular DNA could lead to methods of preventing and treating age-related diseases such as cancer, diabetes and Alzheimer’s disease, as detailed April 30, 2015, in Science.

In the study, scientists at the Salk Institute and the Chinese Academy of Science found that the genetic mutations underlying Werner syndrome, a disorder that leads to premature aging and death, resulted in the deterioration of bundles of DNA known as heterochromatin.

The discovery, made possible through a combination of cutting-edge stem cell and gene-editing technologies, could lead to ways of countering age-related physiological declines by preventing or reversing damage to heterochromatin.

“Our findings show that the gene mutation that causes Werner syndrome results in the disorganization of heterochromatin, and that this disruption of normal DNA packaging is a key driver of aging,” says Juan Carlos Izpisua Belmonte, a senior author on the paper. “This has implications beyond Werner syndrome, as it identifies a central mechanism of aging–heterochromatin disorganization–which has been shown to be reversible.”

Werner syndrome is a genetic disorder that causes people to age more rapidly than normal. It affects around one in every 200,000 people in the United States. People with the disorder suffer age-related diseases early in life, including cataracts, type 2 diabetes, hardening of the arteries, osteoporosis and cancer, and most die in their late 40s or early 50s.

Salk Institute researchers discovered that a protein mutated in the premature aging disorder, Werner syndrome, plays a key role in stabilizing heterochromatin, a tightly packaged form of DNA. More generally, the findings suggest that heterochromatin disorganization may be a key driver of aging. This image shows normal human cells (left) and genetically modified cells developed by the Salk scientists to model Werner syndrome (right), which showed signs of aging, including their large size.

The disease is caused by a mutation to the Werner syndrome RecQ helicase-like gene, known as the WRN gene for short, which generates the WRN protein. Previous studies showed that the normal form of the protein is an enzyme that maintains the structure and integrity of a person’s DNA. When the protein is mutated in Werner syndrome it disrupts the replication and repair of DNA and the expression of genes, which was thought to cause premature aging. However, it was unclear exactly how the mutated WRN protein disrupted these critical cellular processes.

In their study, the Salk scientists sought to determine precisely how the mutated WRN protein causes so much cellular mayhem. To do this, they created a cellular model of Werner syndrome by using a cutting-edge gene-editing technology to delete WRN gene in human stem cells. This stem cell model of the disease gave the scientists the unprecedented ability to study rapidly aging cells in the laboratory. The resulting cells mimicked the genetic mutation seen in actual Werner syndrome patients, so the cells began to age more rapidly than normal. On closer examination, the scientists found that the deletion of the WRN gene also led to disruptions to the structure of heterochromatin, the tightly packed DNA found in a cell’s nucleus. 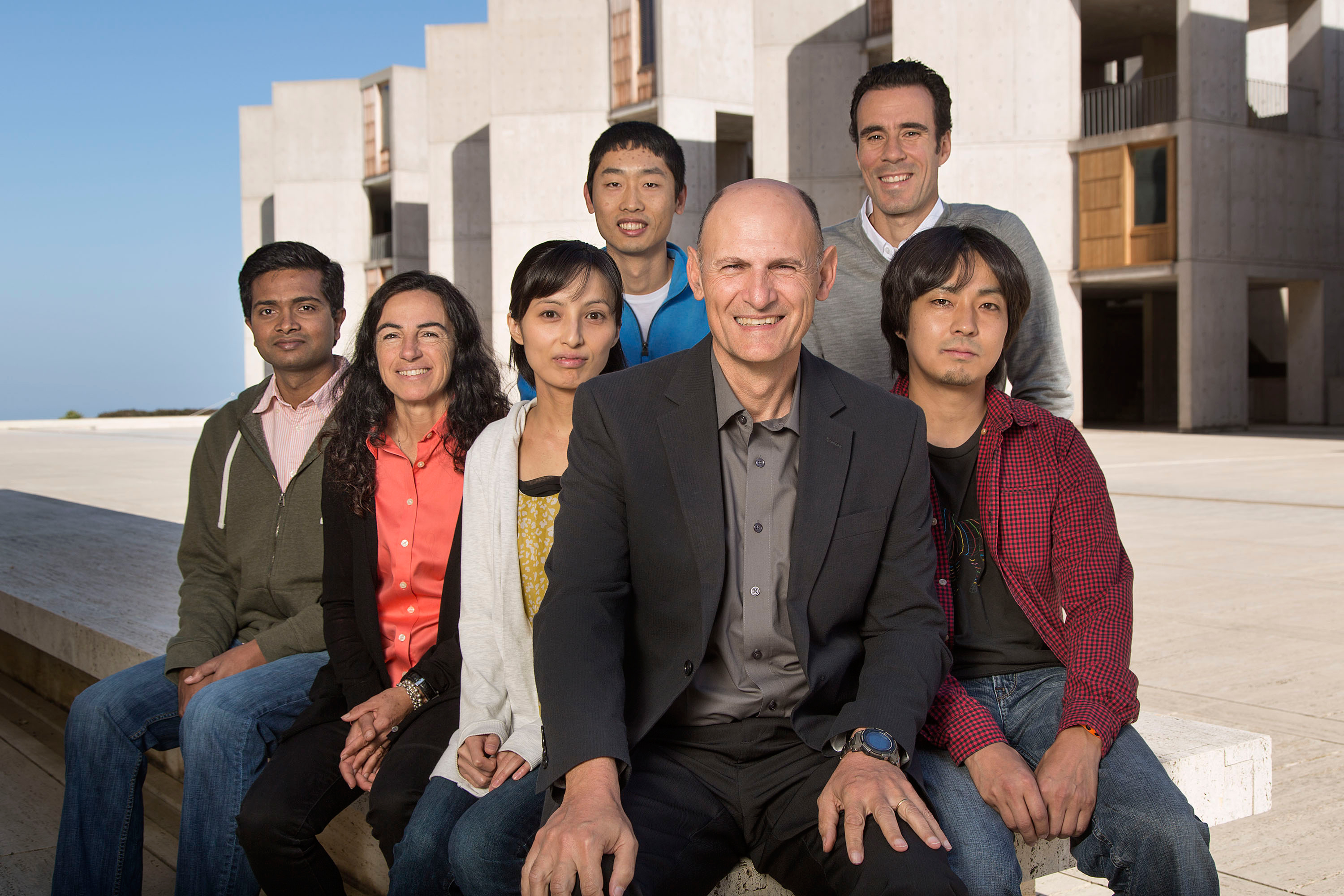 “Our study connects the dots between Werner syndrome and heterochromatin disorganization, outlining a molecular mechanism by which a genetic mutation leads to a general disruption of cellular processes by disrupting epigenetic regulation,” says Izpisua Belmonte. “More broadly, it suggests that accumulated alterations in the structure of heterochromatin may be a major underlying cause of cellular aging. This begs the question of whether we can reverse these alterations–like remodeling an old house or car–to prevent, or even reverse, age-related declines and diseases.”

Izpisua Belmonte added that more extensive studies will be needed to fully understand the role of heterochromatin disorganization in aging, including how it interacts with other cellular processes implicated in aging, such as shortening of the end of chromosomes, known as telomeres. In addition, the Izpisua Belmonte team is developing epigenetic editing technologies to reverse epigenetic alterations with a role in human aging and disease.

Funding for the study was provided by the Glenn Foundation, the G. Harold and Leila Y. Mathers Charitable Foundation and the Leona M. and Harry B. Helmsley Charitable Trust.