Are you concerned about your memory or that of someone you know? We often hear about dementia, especially Alzheimer’s Disease. Scientists have been studying this debilitating disease for years. So far, the cause has eluded them and a cure is nowhere in sight. So, what can you do in the meantime to support your memory and improve your concentration? You could try drugs, but drinking “memory teas” might be more pleasant and natural for you.

The steeping of plants, especially their leaves, flowers, and roots, has been used for centuries to relax, rejuvenate, and promote wellness. Herbal tea is the most popular drink after water. Tea was first discovered in China over 5000 years ago and became important in the practice of Chinese Medicine. India in its practice of Ayurvedic Medicine has used tea for over 250 years for its health benefits.  There are several teas recognized today as influencing memory and concentration while improving cognitive functioning.

These several teas available to enhance mental clarity include purple teas, peppermint tea, oolong tea, ginger tea, Gotu kola tea, black tea, and white tea. Seven of the best teas to improve memory are listed below. Try any one of them and see if they don’t improve your mental focus!

7 Best Teas for Memory and Concentration

An ancient Ayurvedic herb[1],  tonics, and teas of the root have been found to have powerful beneficial effects on brain function. This includes improving memory, attention, and information processing. It has also been tested on children with memory deficits and the elderly with memory loss due to Parkinson’s, Huntington’s, or Alzheimer’s diseases.

An eight-week pilot study[2] was done in India in 2017 to evaluate the properties of ashwagandha. They found that it may be effective in enhancing both immediate and long-term memory in people with mild cognitive impairment. There was also an improvement in concentration.

Ginkgo is an herb first found growing in China over 5000 years ago and used in Chinese Medicine as a treatment for dementia. It contains numerous flavonoids which are phytochemicals found in plants. Studies[3] show they may improve blood flow to the brain. The leaves have been extensively investigated for their potential to enhance memory and improve cognitive functioning.

A 2017 study[4] done in Switzerland involving 1628 patients with Alzheimer’s Disease found Ginkgo to improve behavioral and psychological symptoms of dementia.

Known for boosting energy and supporting the immune system, it has also been shown to stimulate brain function. Studies[5] have found that ginseng may slow cognitive decline and reduce the risk of dementia in elderly individuals, especially if takes longer than five years.

The Camellia sinensis plant is also known as green tea. However, it comes in many types from both China and Japan, each with its own flavor. Green tea contains compounds[6] that can help stimulate neurotransmitters to improve memory recall.     These include the antioxidants catechin and L-theanine which keep you calm while helping you focus. They may also be beneficial in improving cognitive functioning.

Rosemary tea contains compounds called terpenes. When they enter your bloodstream, they can directly affect your brain. Studies[7] show rosemary can help improve brain function by boosting long-term memory. This may have some impact on Alzheimer’s and Parkinson’s diseases. Although more research is needed, studies show that smelling and drinking rosemary tea may help improve cognitive function. Inhaling rosemary essential oil[8] helps prevent the breakdown of acetylcholine, a brain chemical important for thinking, concentration, and memory.

Rosemary tea also contains carnosic acid, a compound that helps balance the microflora in your gut and supports the growth of good bacteria. Carnosic acid is also a major antioxidant[9].

Sage is a large group of plants containing over 900 species worldwide. Known to contain high concentrations of potent plant compounds, especially flavonoids. A 2017 study[10] found sage to enhance cognitive activity such as memory, learning, and concentration and protect against neurodegenerative disease. Sage tea is refreshing and easy to make.

The strong flavors associated with turmeric teas are abated by adding honey, fresh lemon or orange juice, and milk to soften the taste. This Ayurvedic herb contains curcumin which has been shown to help the brain perform at higher functioning levels. A review[11] published in 2010 indicates that turmeric may boost brain health and stave off Alzheimer’s disease through its neuroprotective action. This has relevance for Parkinson’s Disease, major depression, epilepsy, and other related neurodegenerative and neuropsychiatric disorders. The mechanism of its neuroprotective action is not completely understood.

Tea and the Brain

Drinking herbal tea improves brain health and mental clarity. For the past 25 years[12], tea has been scientifically studied for its beneficial health effects including the reduction of neurodegeneration. This degenerative process is believed to be involved in dementia conditions. The compounds found in tea such as caffeine, theobromine, and L-theanine continue to be evaluated as antioxidants for their impact on the body and the brain, particularly in how they may lower the risk of these conditions. Antioxidants fight stress and inflammation which are thought to contribute to brain aging and neurodegenerative disorders.

Professor Feng Lei from the National University of Singapore conducted studies[13] from 2015-2019. He found that tea drinkers have a better cognitive function as compared to non-tea drinkers. One of these studies showed that daily consumption of tea could reduce the risk of cognitive decline in older persons by 50 percent.

The hippocampus[14] is a complex brain structure embedded deep into the temporal lobe. It has a major role in learning and memory. If the hippocampus is damaged by disease or injury, it can influence a person’s existing memories as well as their ability to form new memories. Research continues to look at how the brain, especially the hippocampus, interacts with the compounds in tea.

Flavonoids[15] are phytochemicals found in plants that give them their smell. They are also considered to be antioxidants. Flavonoids have been studied as modulators of memory and learning. An extensive review was done in 2012 to evaluate the research that has been done in this area. They surmised that flavonoids particularly found in green tea and Ginkgo biloba lead to significant reversals of age-related deficits in memory and cognitive function.

A review[16] of the research in 2018 also demonstrated that tea flavonoids might help alleviate the degeneration of cognitive and memory functions. They concluded, however, that further clinical research is needed.

Memory and concentration are interrelated. Memory is the ability to remember information, experiences, and people. As we age, memory function can decline due to a host of changes in the human body. Drinking what are called “memory teas” can help retain your memory based on research over the past several years.

Memory is the ability to remember things like people, places, events, data, and so forth. Initially proposed in 1968 by Richard Atkinson and Richard Shiffrin, their theory outlines three separate stages of memory: sensory memory, short-term memory, and long-term memory.

Several studies indicate that theanine relieves anxiety symptoms in patients with schizophrenic and schizoaffective disorders and a combination of green tea and theanine improves memory and attention in subjects with mild cognitive impairments.

Another study[17] concluded that tea consumption could protect against Parkinson’s Disease, especially in Chinese populations, because of their high consumption of tea per person.  Some teas contain the amino acid L-theanine which can cross the blood-brain barrier and is considered to be an important compound for protecting brain health. Green teas contain L-theanine.

To concentrate is to direct your mental powers, or efforts, towards a particular activity, subject, or problem. For successful concentration, there are some basics, according to Virginia Tech University[18]. Two areas are crucial to improving concentration. First is your environment, meaning distraction-free and having your workspace and materials ready for the task. The second is your work structure. Recognize your goals, and make a plan.

The ability to focus the mind is also enhanced by proper lifestyle habits including diet, sleep, and exercise. This is where brain teas can be very helpful, as described above. Choose a tea, prepare it properly, and drink it throughout the day for concentration.

The benefits of L-theanine and caffeine found in green and black tea appear to offer the best options for helping your memory and concentration by giving your brain a boost. Because of their antioxidant properties, they also keep your brain from aging. No matter how you prepare your cup of tea, these compounds are minimally present. Drinking several cups a day offers you more. A higher concentration of these compounds can be found as supplements. However, you might prefer the experience of drinking a hot cup of tea to be more rewarding. As you can see, these memory teas are backed by considerable research. So have a cup and see how it affects your concentration and perhaps even your memory. 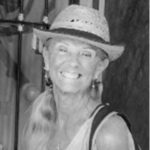 Sandra Cesca is a freelance healthcare writer with many year’s experiences working in the health industry. She covers allopathic, naturopathic, holistic, and complementary medicine. Sandra is also a cultural photographer and tour guide living her dream in tropical Puerto Vallarta, Mexico.