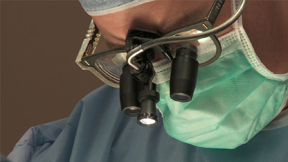 Based at UAB, researchers in the INTAC trial spent three years following 474 patients who had undergone kidney transplants at 30 U.S. transplant centers. They compared the drugs basiliximab, antithymocyte globulin and alemtuzumab to definitively answer which of the three would be the most appropriate to prescribe to prevent rejection during the first six to 12 months following transplant surgery, when rejection is most likely.

“These are intravenous drugs given at the time of transplant in the operating room or early in the first week after transplant and are intensive immunosuppressants, designed to prevent early rejection,” said the study’s lead author, Michael Hanaway, M.D., surgeon in the Division of Abdominal Transplantation at UAB. With more than 260 transplants annually, the UAB kidney transplant program is among the busiest in the country.

The researchers found that alemtuzumab – a drug originally approved for lymphoma treatment, which costs around $2,000 – worked better than or as well as either basiliximab or antithymocyte globulin, which cost about $4,000 and $10,000, respectively.

“Alemtuzumab has been around for nearly 10 years but has only been studied in single-center settings with mixed results. Its safety and efficacy have never been totally clear. We have now answered a very important question for the transplant community,” Hanaway said.

The use of these intensive immunosuppressants is known as induction therapy. In this process, transplant recipients are given antibody preparations to jump start the process of immunosuppression and reduce the risk of organ rejection. Patients receive these drugs in coordination with other standard post-transplant medications.

“We found there was less rejection in the low-risk patients when using alemtuzumab and about the same amount of rejection in high-risk patients,” Hanaway said. “What makes alemtuzumab different is the cost. Now that we know there is not any more rejection or infections with alemtuzumab, it makes sense to go with the one that is cheaper and just as effective.”

Hanaway added that while there are limitations to the study and future studies are needed to address these limitations, UAB transplant surgeons began using alemtuzumab three years ago based on early results from this study.

“No medication is perfect, but we believe this is as safe and effective in patients,” Hanaway said.