ANN ARBOR, Mich. — Researchers from the University of Michigan Comprehensive Cancer Center have identified new proteins that control the function of critical immune cell subsets called T-cells, which are responsible for a serious and often deadly side effect of lifesaving bone marrow transplants. 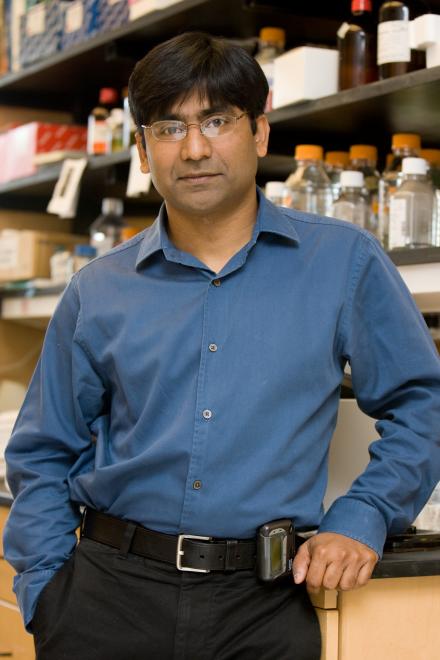 These new proteins have not previously been associated with T-cell responses. T-cells help fight infections but also can trigger autoimmune diseases or graft vs. host disease, a side effect of bone marrow transplant in which the new donor cells begin attacking other cells in the patient’s body.

“We identified new targets within the T-cells that regulate the immune response to foreign antigens. If these proteins can be targeted, it may prove helpful in reducing graft-vs.-host disease,” says study first author Yaping Sun, M.D., Ph.D., internal medicine research investigator at the U-M Medical School.

Reducing the incidence of graft-vs.-host disease could make bone marrow transplant an option for more people with blood-based cancers. About half of people who receive a transplant from donated cells develop graft-vs.-host.

In this study, which is published in the Journal of Clinical Investigation, the researchers looked at the landscape of mRNA and micro-RNA after the T-cells were activated by different kinds of stimuli. mRNA are made from the genes present in the DNA and serve as templates for making proteins. Micro-RNA are also copied from the DNA but do not code for proteins; instead they fine tune the expression of other genes and proteins.

By looking at both simultaneously, the researchers were able to tease out only the mRNAs that were regulated by micro-RNA. They found that two mRNA’s that express the proteins Wapal and Synj1 were among the most differentially expressed. Both these proteins have been implicated in other cellular functions, but had not previously been linked to a role in T-cell immune responses.

The researchers validated their findings in laboratory studies to look at T-cell functions in cell cultures and in mice. Importantly, when they blocked the proteins, it impacted the T-cell function and reduced graft-vs.-host disease in mice.

“We know a lot of proteins play a role in T-cell responses. We’re adding more to the armory. Our initial validations in mice are preliminary, but a promising start,” says senior study author Pavan Reddy, M.D., professor of hematology/oncology at the U-M Medical School.

This research is still in its early stages. No compounds currently are known to target Wapal or Synj1. Additional research is needed.