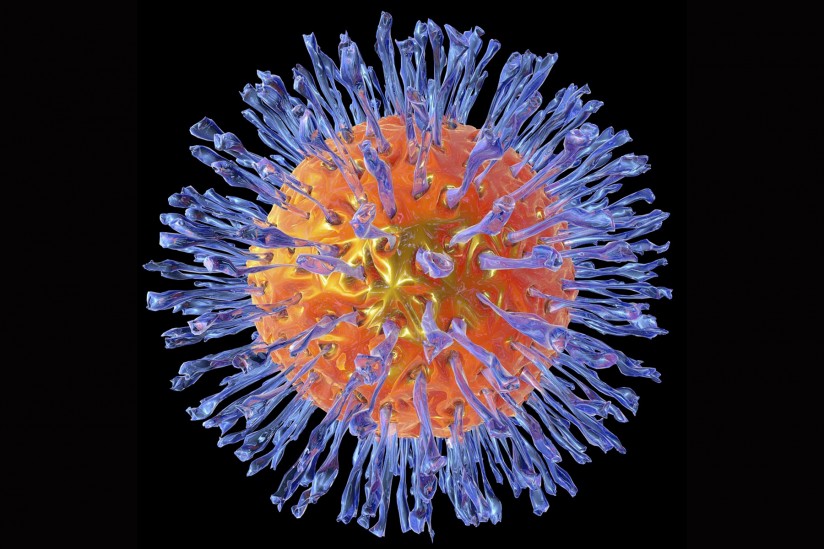 Using herpesvirus, molecular immunologists from the USC Norris Comprehensive Cancer Center have discovered a cellular process that activates a critical immune defense against pathogens, which could have implications for developing drugs to bolster one’s immunity to infection. Some herpesvirus infections lead to cancer.

Led by Pinghui Feng, associate professor of molecular microbiology and immunology at the Keck School of Medicine of USC, the team found that herpesvirus proteins activate retinoic acid-induced gene I (RIG-I) by removal of an amino group from the glutamine and asparagine amino acids through a process called deamidation. RIG-I is a cellular receptor that recognizes RNA derived from invading pathogens. 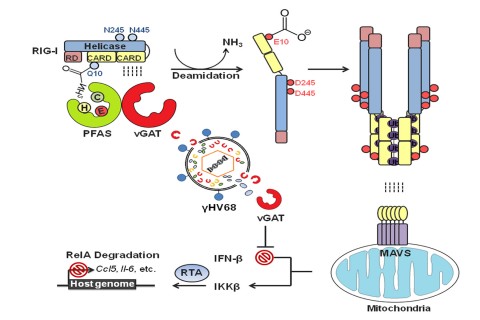 Prior to this study, it was unclear whether RIG-I — whose activation is central to the body’s innate immune defense response — could be activated by a component other than viral RNA. This is the first example in which host immune defense is activated by an enzymatic activity, implying that deamidation can be a highly regulated process and reshaping the conventional notion that deamidation is a non-specific process associated with protein decay. The team also identified the first bonafide enzyme that causes protein deamidation in eukaryotes.

The study appear in the April 2 issue of the peer-reviewed scientific journal Molecular Cell.