A survey of sexual behavior by more than 1,000 HIV-positive people found that risky behaviors are about as prevalent when long-term partners were HIV-positive, HIV-negative, or their status was unknown. The risk of the virus spreading within couples is therefore important to address, researchers argue. 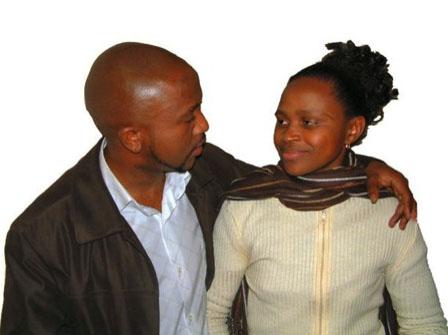 PROVIDENCE, R.I. [Brown University] — A new study of sexual risk behaviors within long-term couples in South Africa finds that HIV-positive people take almost as much risk in their sexual behavior when they know their partner is HIV-negative or don’t know their status, as when they know their partner is already infected. At the same time, HIV-positive partners who are on antiretroviral therapy and in intensive counseling do engage in less risky behavior. The Brown University researchers who led the study say both findings suggest that more couples-based HIV counseling is needed in South Africa where about 18 percent of adults carry the virus.

“The concept of Positive Prevention — the idea that one focus of prevention should be among people already infected with HIV since they are the only ones who could infect others — was first floated by the CDC in 2003 but hasn’t really taken hold in sub-Saharan Africa,” said Mark Lurie, professor of community health and a senior author of the study published in advance online April 8 in AIDS Behavior. “This paper clearly points to the urgent need to intervene among people already infected with HIV and especially those in ‘discordant’ relationships — relationships in which their partner is not infected.”

The study surveyed 1,163 sexually active HIV-positive men and women in a primary care program at Chris Hani Baragwanath Hospital in Soweto, near Johannesburg. Researchers led by Brown medical student and Ph.D. candidate Kartik Venkatesh asked whether they knew their closest sexual partner’s HIV status, how often they have sex, how often it is unprotected, and how often they have sex outside that relationship.

Although in some places around the world, specific high-risk groups of HIV-positive people have restricted their riskier sexual activities to people also already infected (a practice called “sero-sorting”), Venkatesh’s survey found that heterosexual couples did not seem to operate that way in South Africa. For example, among HIV-positive people who said their closest partner’s status was either HIV-negative or unknown, 18 percent had unprotected sex with them in the last six months, compared to only 14 percent who knew their partner was already infected.

Risks such as having frequent sex (two sex acts in the last two weeks) and going to a partner outside the primary relationship were somewhat lower with HIV-negative or unknown partners than with HIV-positive partners, but not much more so.

“The difference for partners who were negative or status unknown versus those who were positive was not markedly different,” Venkatesh said.

The factor that did seem to be associated with decreased sexual risk-taking behavior was receiving antiretroviral (ART) medication. This finding in couples was consistent with those that Venkatesh, Lurie and others reported last year in the journal AIDS, where they saw less risky behavior among ART recipients in a larger sample in Africa spanning close to 10 years. Rather than people becoming emboldened by medication and improved health to take more risks — a practice called behavioral disinhibition – people in several African countries have tended to become more careful with treatment.

“Why we’re seeing this might be due to the fact that treatment is also accompanied by condoms and other prevention messages, so that when individuals are coming to get their treatment they are also getting sexual risk behavior prevention counseling,” Venkatesh said.

Taken together, Venkatesh said, the prevalence of risk in South African couples and the likely role that counseling plays in curbing risk could add up to a significant potential benefit to increasing couples counseling about HIV. By bringing men and women into counseling together, such programs may help overcome power imbalances between men and women that exacerbate the lack of communication about HIV status in some relationships.

The research was funded by the National Institutes of Health. Care at the hospital is funded by the United States Agency for International Development.