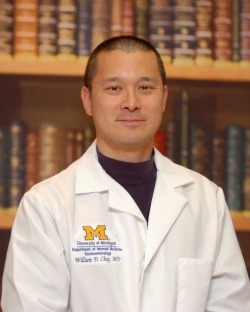 Helicobacter pylori, the bacterium known to cause peptic ulcers, is also the primary cause of gastric cancer, which is a leading cancer killer globally.

A large clinical trial at seven sites across Latin America has now found that a standard three-drug regimen for treating H. pylori is more effective, at least in the population studied, than either of two four-drug regimens that proved superior in studies in Europe and Asia.

“This study turns recent literature a bit on its head,” says study coauthor William D. Chey, M.D., of the University of Michigan. “Specifically, virtually all other randomized, controlled trials that have tested the four-drug therapy, either sequentially over ten days or concomitantly over five days, have found it superior.”

But most of that literature reports on research done in Italy and Taiwan, Chey points out. The new study, published online July 20th by The Lancet, suggests H. pylori eradication approaches need to be validated locally rather than relying on findings from studies of other populations. The authors speculate that geographic variations in H. pylori’s resistance to antibiotics might account for part of the discrepancy between populations.

Coordinated by SWOG, one of the National Cancer Institute’s cooperative groups, the study took place at both urban and rural sites in Chile, Colombia, Costa Rica, Honduras, Mexico, and Nicaragua.

Researchers randomly assigned 1,463 volunteers infected with H. pylori to one of three treatment regimens, making this the largest trial of its type ever conducted.

One group took a five-day, four-drug regimen, and a second group took these same four drugs but sequentially over a period of ten days. A third group took a standard, 14-day course of two antibiotics plus a proton-pump inhibitor.

Six weeks after starting treatment, each participant was tested for H. pylori infection.

Of those volunteers who took the three-drug, 14-day treatment, 82.2 percent were infection-free. Only 73.6 percent of the group on the five-day regimen and 76.5 percent of those on the ten-day regimen – the same therapies earlier studies had found superior – had overcome their infection.

The trial was part of an initiative exploring ways to reduce the incidence of gastric cancer.

“The ultimate goal is to advance the discussion about whether we should approach gastric cancer prevention by mass eradication programs for H. pylori,” says lead author E. Robert Greenberg, M.D., an epidemiologist with the SWOG Statistical Center and the Fred Hutchinson Cancer Research Center in Seattle, Wash. “There’s lots of thinking that needs to be done and information that needs to be gathered before that decision is made.”

Complicating the gastric cancer prevention picture is a small but controversial body of evidence hinting that H. pylori infection may bring benefits as well as harm, reducing rates of childhood asthma and allergies and lowering rates of esophageal cancer, for example.

No large studies comparing the effectiveness of H. pylori treatment regimens have been conducted in the United States, and a pressing question now is which regimen should be recommended to U.S. doctors treating H. pylori. “Before this trial I thought I knew the answer to that question,” Chey says. “Now I’m not so sure.”

Gastric cancer statistics: According to the International Agency for Research on Cancer, stomach cancer was the fourth most common malignancy and the second leading cause of cancer death in the world in 2008, with an estimated 990,000 new cases and about 738,000 deaths. Approximately 72% of new cases occurred in developing countries.

SWOG (formerly the Southwest Oncology Group) is one of the largest cancer clinical trial cooperative groups in the United States. Funded primarily by the National Cancer Institute, the group designs and conducts clinical trials to improve the practice of medicine in preventing, detecting, and treating cancer, and to enhance the quality of life for cancer survivors. The more than 4,000 physician-researchers in the group’s network practice at more than 500 institutions, including 19 of the National Cancer Institute-designated cancer centers. The Group is headquartered at the University of Michigan in Ann Arbor, Mich., and has an operations office in San Antonio, Texas, and a statistical center in Seattle, Wash.