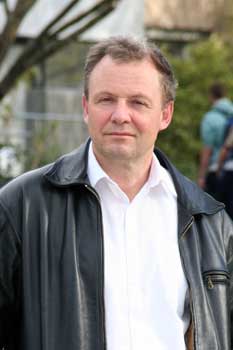 Dr Jan Schmid, a senior lecturer in microbiology within the Institute of Molecular Biosciences BioMedical Research group, has discovered a particular strain of Candida albicans, a yeast infection, which is twice as likely to lead to death in young immuno-compromised patients such as prematurely born infants.

“Candidemia is a disease that is time-consuming and difficult to diagnose,” Dr Schmid says. “It affects patients, who are already quite sick, and by the time it is diagnosed through blood analysis it is often too late.”

Dr Schmid’s team discovered a Candida genotype that is more virulent in young patients. “We analysed a strain collection in Italy with mortality data from patients,” he says. “What we found is that young patients with this particular genotype were twice as likely to die from candidemia.”

From that, a PCR assay – a diagnostic tool that can identify the genotype – was developed.

“The assay can be utilised as a risk management tool for compromised patients who are susceptible to candidemia,” Dr Schmid says. “It can identify, in advance, patients who are more likely to die from the infection than other patients.”

Those patients could then be treated preventatively with anti-fungal drugs.

“Anti-fungal drugs are not very good for people, especially for patients who are already compromised. Plus their frequent use leads to drug-resistant strains. So using them prophylactically on all patients at risk from candidemia is not recommended,” he says. “With this test, clinicians can easily identify those patients who would most benefit from prophylactic anti-fungal treatment.”

The incidence of life-threatening blood-borne infections of immune-compromised patients with Candida yeasts has increased 10-fold in New Zealand over the past 20 years.

“Candidemia is the most common fungal infection we see in our hospitals and our calculations suggest it may kill as many as 60 New Zealanders each year,” Dr Schmid says. “Based on the number of cases last year, and the recorded increase in the length of hospital stays, these infections may cost the New Zealand health system as much as $18m annually.”

Dr Schmid’s research team included other researchers at the institute, and researchers from Italy and Sweden. The research was published in the Journal of Clinical Microbiology.