Ann Arbor, Mich. — Egg allergic children, including those with a history of anaphylaxis to egg, can safely receive a single dose of the seasonal influenza vaccine, according to a new study from the University of Michigan. 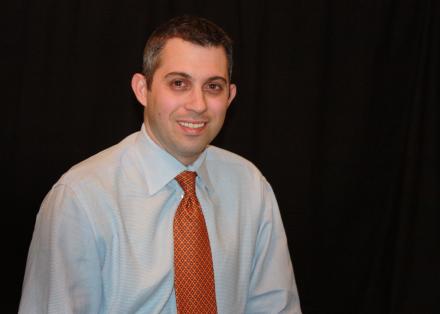 Historically, the CDC recommended that the seasonal influenza vaccine not be administered to egg allergic children.  Recent research conducted at the University of Michigan, and elsewhere, helped modify this recommendation in 2011 so that caution was warranted for only those with severe egg allergy.

The new study, published in the Annals of Allergy, Asthma and Immunology, is good news for children who’ve had severe egg allergies, given the prevalence of the flu this season. In the study, none of the children with severe egg allergies developed an allergic reaction after receiving the vaccine, says Matthew Greenhawt, M.D., M.B.A., MSc, lead author of the study and assistant professor of allergy and immunology at the University of Michigan’s C.S. Mott Children’s Hospital.

“The flu vaccine is grown in embryonated chicken eggs and contains residual amounts of ovalbumin, a major egg allergen. This has historically raised concern about the safety of the vaccine in children with egg allergies,” says Greenhawt.

“But this study shows these children, all of whom either had anaphylaxis or a severe allergic reaction from egg, can tolerate the vaccine.  That’s important because we know it’s crucial that children get a vaccine to avoid the flu, especially this year as we’ve seen such an increase in cases and severity. The benefits outweigh the risks.”

Influenza A is responsible for 21,156 annual hospitalizations of children younger than five years. The CDC reports that influenza activity right now is high and widespread across the nation. Thirty states and New York City were reporting high activity during the week of Jan. 6. As of Jan. 12, the total number of influenza-associated pediatric deaths was 29 for 2012-13. As many as one-third of children with a food allergy have asthma, and this group is particularly susceptible to influenza.

The American College of Allergy, Asthma and Immunology this month announced that administration of the flu vaccine is safe even in children with a history of a severe allergic reaction to eggs. In its recommendation, the College cited the U-M  study.

Egg allergy is one of the most common food allergies in children, but by age 16 about 70 percent outgrow the allergy.

The study showed that a single dose is safe, Greenhawt adds, making it unnecessary to administer the dose in two steps, one of the techniques used in the past to minimize the risk of allergic reactions. He adds that skin testing to the vaccine, another technique used in the past to minimize this risk, is also unnecessary, as was proven in a past U of M study in 2009. Such precautions may have served as barriers to vaccination in the past.

Greenhawt says the only precaution needed is that egg-allergic children should be observed for 30 minutes after vaccination in any medical setting, including primary care providers’ offices, where an allergic reaction could be recognized and treated should it occur.

“Because of the prevalence of egg allergy in children is approximately 2%, we know there are a significant number of children who don’t get the flu vaccine. This study can put parents’ fears to rest and hopefully help more kids avoid the flu,” he says.

The study was conducted from October 2010 to March 2012 at seven institutions, including the University of Michigan.

About C.S. Mott Children’s Hospital: Since 1903, the University of Michigan has led the way in providing comprehensive, specialized health care for children. From leading-edge heart surgery that’s performed in the womb to complete emergency care that’s there when you need it, families from all over come to the University of Michigan C.S. Mott Children’s Hospital for our pediatric expertise.