DURHAM, N.C. – Drug-resistant E. coli infections are on the rise in community hospitals, where more than half of U.S. patients receive their health care, according to a new study from Duke Medicine. 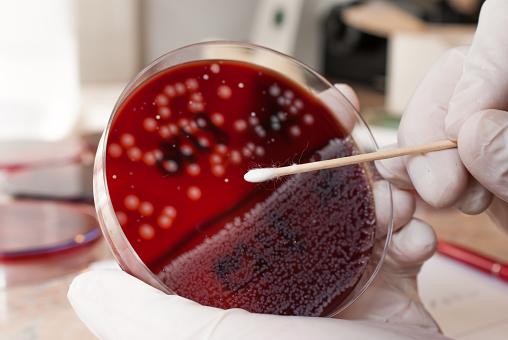 The study reviewed patient records at 26 hospitals in the Southeast. By examining demographic information, admission dates and tests, the researchers also found increased antibiotic-resistant infections among community members who had limited exposure to health care settings, but who may have acquired the bugs through some other environmental factors. The findings are published online in Infection Control & Hospital Epidemiology.

“We have always considered antibiotic-resistant organisms a problem at large hospitals,” said Deverick Anderson, M.D., an infectious disease specialist at Duke University School of Medicine and senior author of the study. “This study goes a long way in demonstrating that the problems with antibiotic-resistant organisms occur in all health care settings, not just large ones. This is also one of the first papers to show these infections are increasing outside of the health care system in the community.”

“The larger issue speaks to antibiotics,” Anderson said. “Antibiotics are extremely important and useful in medical care, but we know we overuse them.”

The study data were gathered through the Duke Infection Control Network (DICON), which helps community hospitals and surgery centers across the U.S. prevent infections using education and evidence-based strategies.

The data showed that between 2009 and 2014, the incidence of drug-resistant extended-spectrum beta-lactamase (ESBL)-producing E. coli doubled from a rate of 5.28 incidents per 100,000 patients to a rate of 10.5 infections per 100,000. The median age of patients infected with E. coli was 72 years.

“Overall, the majority of E. coli infections occurred after health care exposure, which makes all hospitals, big and small, important areas of focus to reduce transmission,” said lead author Joshua Thaden, M.D., a fellow in Duke’s Division of Infectious Diseases. “It’s important to consider that a patient’s skin may be colonized with drug-resistant bacteria, but because they do not display symptoms, providers may not test them or use extensive contact precautions during care. I think we may be close to a point where it becomes worth the cost and effort to actively screen patients for resistant E. coli.”

Looking at the timing of patients’ infections and when they were last in contact with a health care setting, the researchers also discovered that people with infrequent health care contact were acquiring the superbug at an even faster rate than patients who have regular contact with hospitals or nursing homes. The data showed a greater than three-fold increase in community-associated infections between 2009 and 2014. The sources could be environmental and need further study, Thaden said.

In addition to Anderson and Thaden, study authors include Vance Fowler and Daniel Sexton.