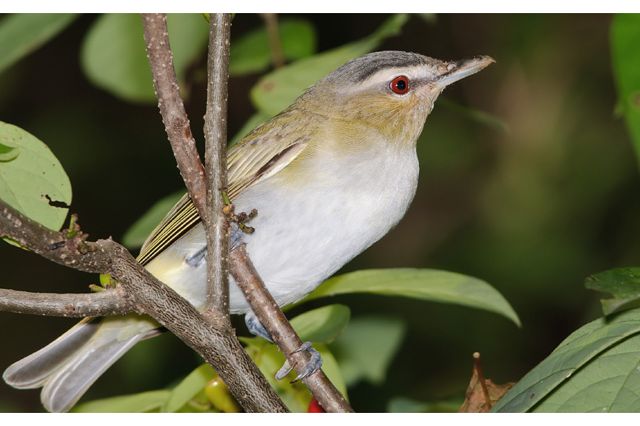 West Nile virus is killing millions more birds and affecting many more bird species than previously thought, according to new research from a multi-university team of researchers.

Survival estimates dropped dramatically in populations exposed to West Nile virus for nearly half of the 49 bird species studied, the largest percentage of species yet found to be affected by the virus. Previous estimates have been closer to one-third of studied species. The research appears today in the Proceedings of the National Academy of Sciences.

“We looked at bird populations in the years before and after West Nile arrived in their habitats, and after the disease arrived you have this massive drop-off in so many of these species,” said Ryan Harrigan, a co-first author on the paper and researcher with UCLA’s Center for Tropical Research and Institute of the Environment and Sustainability. “Seeing these massive effects in species with large, healthy populations is really alarming for smaller populations, which can’t rebound like a large population can.”

Millions of birds can die in a single year when West Nile hits species with large populations, the study showed. Among the estimated 130 million red-eyed virios in the United States, researchers believe the virus killed 29 percent, or more than 37 million.

Prior to this study, many scientists believed West Nile virus had a short-term effect on bird survival, but the new research showed the virus can wreak havoc year after year. Among the species affected by West Nile virus, about half showed a short-term, one-time drop in survival rates. But for the other half of the affected species, dips in survival rates continued for every year remaining in the study period.

“These populations are getting hammered — over five years, they’re losing a third of their population,” Harrigan said. “They’re getting infected every year. In some species, this has gone on five or six years after the disease hit, so the idea that the populations have not recovered since then is a bit scary.”

Previous estimates were based largely on the Audubon Society’s traditional Christmas Bird Count, a 115-year-old tradition in which volunteer birders tally their local feathered friends in late December every year. The new data was collected more systematically via 574 bird-banding stations operated nationwide by the Institute for Bird Populations. The institute’s Monitoring Avian Productivity and Survivorship Program provided 16 years of data covering 1992-2007, before and after West Nile appeared across the United States from 1999-2003. The study sample included more than a quarter million birds. Each bird had been captured, banded, released, and then re-caught at least twice.

Harrigan described the effects of West Nile virus as a “canary in a coal mine” for what future infectious diseases may bring.

“With climate change and globalization,” Harrigan said, “this isn’t the only newly introduced disease that birds or humans will have to face.”