PROVIDENCE, R.I. [Brown University] — Men in steady same-sex relationships where both partners are HIV negative will often forgo condoms out of a desire to preserve intimacy, even if they also have sex outside the relationship. But the risk of HIV still lurks. In a new study of gay and bisexual men who reported at least one instance of condomless anal sex in the last 30 days, researchers found that the same desire for intimacy is also a strong predictor of whether men would be willing to take antiretroviral medications to prevent HIV, an emerging practice known as pre-exposure prophylaxis or PrEP.

The new study, published in the Annals of Behavioral Medicine, suggests that PrEP’s appeal to many men who have sex with men (MSM) in romantic relationships with HIV-negative partners is the perception that it can allow them to remain intimate with their partners while still having some protection from HIV. 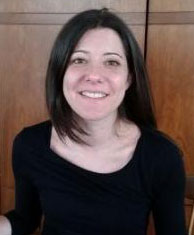 “In this sample of men who are in a relationship with a perceived HIV-negative man, we found that intimacy motivation was the strongest predictor [of adopting PrEP],” said Kristi Gamarel, a psychiatry and human behavior postdoctoral researcher in the Warren Alpert Medical School of Brown University. She was at the City University of New York with senior author and principal investigator for the NIH-funded project, Sarit Golub, when she performed the research. “Sex doesn’t happen in a vacuum — interpersonal and relationship context really matter. Many HIV infections are occurring between people who are in a primary relationship.”

In basic analyses reported in the paper, there were several other factors in the study that also predicted a greater likelihood of adopting PrEP: older age, higher perception of HIV risk, sex (either protected or not) with partners outside the main relationship, and having less than a bachelor’s degree level of education. But upon controlling for possible overlap among factors, desire for intimacy, low education levels and to a lesser extent older age survived as the strongest predictors of using PrEP.

An important implication of the study’s findings are that as physicians and counselors discuss PrEP with MSM in steady relationships, Gamarel said, they should consider that a desire for intimacy in the relationship appears to be a prime motivation.

“For people who are disseminating PrEP or talking to patients about PrEP, I think it’s important to think about their relationships,” Gamarel said. “Something that’s being supported and endorsed right now by the World Health Organization is couples voluntary testing and counseling. That may be a way to disseminate PrEP and to allow couples to have a discussion about whether PrEP is good for their relationship and how they can support each other using PrEP.”

Gamarel cautioned that the study results cannot be taken as evidence that PrEP will reduce condom use. The men in this study were already forgoing condoms at times without being on PrEP, Gamarel notes. The study simply sought to ascertain whether these men would adopt PrEP and to determine why. Condoms remain uniquely important to gay men’s sexual health, she noted, both because they reduce the risk of HIV transmission and because they can block other sexually transmitted infections that PrEP does not.

The National Institute of Mental Health funded the study (grant: R01MH095565 to Golub).